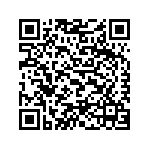 Radio Nikosia is the first Spanish radio produced by people who have been diagnosed with a mental illness.

The city of Barcelona hosts the first radio programme in Spain entirely produced by people who have a diagnosis of mental illness.
It's called Radio Nikosia, and its participants are made up of more than 40 people in psychiatric treatment. It" speaks about madness from the voice of who suffers from it”.
It is both a radio programme and a participant in various radio programmes in Barcelona, and is produced with the cooperation of anthropologists, artists, and journalists.

The aim of the project is to create a free and autonomous channel of communication, in order to fight against the stigma surrounding mental suffering.
Nikosia is not a therapeutic space in itself, as it operates beyond the limits of the mental health care system. However, it helps in the healing process, by giving those suffering from mental illness the opportunity to express themselves and actively participate in society.

The project is coordinated by the Association Cultural Radio Nikosia, a nonprofit organization that fights against the prejudice surrounding mental health issues, and is supported by a large number of personalities.
Among them, world famous singer and activist Manu Chao.

“Radio libre, mentes libres” (Free radio, free minds) is the label of the project: Radio Nikosia is free, as it is open to the participation of the whole community.
It also frees minds, giving space to the narrative and self-narrative of diagnosed persons, who are generally denied and de-legitimized. It empowers them, gives them confidence, and makes them socially active subjects.

Besides using the radio as means of expression, intervention and social visibility, Radio Nikosia performs all types of cultural projects - ranging from art, to poetry, literature and photography - that favor active inclusion, creativity and the personal expression of people suffering from mental health issues.