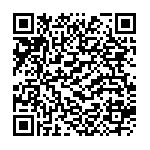 SOS Gangs Project is the first ever ex-offender led project in the UK. The project has dramatically cut re-offending, with less than 20% being recalled for further offences against the national average of 75%.

Who better to help young people get out of the negative cycle of gang crime than ex offenders, who have been in their situation and have firsthand experience of the problems they face?

SOS Gangs Project is an individualized, tailor-made mentoring programme run by ex offenders, that works with prisoners at high risk of re-offending. In particular, they target prisoners involved in gang-related crime, and provide support both in prison and upon release. It reintegrates former prisoners back into society, with the core goal being to reduce re-offending, by realizing alternative aspirations and goals from a life of crime.

The project was initiated in 2006 by Junior Smart, a young ex gang member, who was sent to prison for a 10 year sentence. This experience persuaded him that he would help people in the same situation. He wanted to break the cycle of inmates being released and returning to prison over and over again.

With support from St Giles Trust, a London charity that aims to reduce crime and social exclusion in the UK and operates in a number of prisons around the country, as well as initial funding from Southwark Council, Smart set up the project. He began working specifically with young offenders from the London Borough of Southwark , however the project has expanded since then to include different areas of London, as well as Bristol and Portland.

SOS is the first ever ex-offender led project in the UK, targeted to young people aged 15-30. Mentors offer support across a wide range of emotional and practical areas, including help to access housing, education, training, and employment. A groundbreaking programme, it takes an approach that focuses on the individual above all.

The programme is tailor-made to suit the needs and challenges of every individual. It works holistically with all support networks: from Probation, to Social Services, the Criminal Justice System, and also the family and friends of the ex offender.

Since its inception, SOS has proven to be very successful, and is regarded as an example of a best practice. The team have won several awards. In 2009 Junior Smart was elected to the Ashoka fellowship - the largest network of social entrepreneurs worldwide - in recognition of his scalable solution to a major social problem.

SOS Gangs Project has dramatically cut re-offending, with just less than 20% being recalled for further offences against the national average of 75%.

Junior Smart is not only changing individuals through his reintegration programme, but also communities: by helping ex- offenders take on a positive role in society, they become role models rather than gang members.