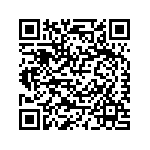 The impact that Brexit will have on the nonprofit sector is not clear, explains Andy Hillier, editor of Third Sector, leading publication of the sector in Great Britain. There could be, for example, an economic downturn in the country. However Brexit could also be an opportunity for the UK government to fund priority initiatives in the UK, such as helping the poorest regions, as the country will not have to contribute to the EU budget anymore

Twenty days have passed since Great Britain left the EU on 31st January 2020. Right after Brexit day the country entered the transition period, during which it will negotiate with the EU, and both parts will have to decide the terms of their future collaboration. During this period, that will end on 31st December 2020, the European law will keep on being applied to citizens and organisations in the UK. What will happen afterwards? What will be the impact of Brexit on the third sector in the UK? The situation in the long term is not clear, many big questions remain unresolved, and there could be the risk of an economic downturn. However, Brexit could also bring opportunities for the charity sector, explains Andy Hillier, editor of Third Sector, the leading publication for British nonprofit and voluntary sector “that has developed an enviable reputation for independent journalism”. Before being appointed editor in 2016, Andy Hillier was managing editor of the Third Sector, where he has worked since 2011.

What will be the effects of Brexit as regards the relationship between the EU and the UK in the social sector?
It will be very difficult to see a clear effect of Brexit very soon. Over the last 3-4 years we have been trying to understand what the consequences of Brexit on the charity sector in the UK could be, and it is really difficult to understand what impact it will have, because most of the charity sector in the UK works mainly on UK-based issues. In Great Britain, we are worried about the broad economic picture and the long-term consequences of Brexit.

What effects will Brexit have on disadvantaged people?
We have been grappling with a system called Universal Credit where the government pays the costs of basic needs of people with low income or without a job. The system has been badly implemented by the UK government and has caused all sorts problems for the people who rely on benefits. There is a concern that more people could be dragged into the Universal Credit system after Brexit if the economy is weak, and it leads to job losses. Essentially, we could see more people in the UK living below the poverty line or around the poverty line. There are 14 million people in the UK living in poverty. It’s a huge number and the UK charity sector has to pick up the pieces and support those people who are facing a crisis. There are also concerns around the workforce because some UK charities rely heavily on EU staff. For example, in the social care sector quite a high percentage of the workforce come from EU countries. So is it going to be harder for the UK to find people to do certain jobs? It is another question that the third sector has been looking at and trying to grapple with.

Will Brexit have an impact on non UK-nationals who work in these organisations?
The government has stated clearly that if you have lived in the UK for a long time and you have the right documentation, nothing will change. But it’s not clear what will happen going forwards. For example, in the future if you have got a skills gap in particular areas will the UK allow people to come from EU countries or from outside EU countries? There is currently a lack of detail and clarity. There is a fear that it could lead to recruitment shortages in certain roles.

Do you have any expectations for the nonprofit sector as regards negotiations between the EU and the UK in the transition period?
The third sector has largely been overlooked in the broader Brexit debate. Most of the focus has been on the impact Brexit will have on companies. For example, following the vote to leave the UK the government produced a series of papers on the impact Brexit would have on certain industries and sectors. However, apparently, it didn't produce one for the charity sector, which was viewed as a snub by the UK charity sector. In more recent times, the National Council for Voluntary Organisations and other charity representative organisations have been working with government to understand the possible implications. But the general feeling from people in the charity sector is that we just don’t know what the impact will be, because it’s less clear than, say, the business sector where there has been more analysis. What we have to try to do is make the case that there’s a need to support and protect the charity sector through this period.

How did the UK use European funding?
European funding in the UK has been largely used to support poorer areas. There is a concern that when we leave the EU, these areas will be left without the same levels of funding. But the British government made a promise to keep that level of funding. The government has promised to create a UK Shared Prosperity Fund, a new fund that would replace EU funding as of 2021. Therefore, once we exit the EU, those levels of funds would be maintained in theory but there is very little actual detail. It means that there remains concerns that the less well-off areas that benefited from the European Social Fund may not continue to receive that funding in the same way, so Brexit could lead to potentially less funds going to the UK’s poorest regions. During the general election in December, we saw a number of less well-off areas that traditionally voted for the Labour Party vote Conservative instead. Following his election victory, Prime Minister Boris Johnson made a very clear promise, saying that the government would support less well-off areas in the country.

Do you think nonprofit organisations in the UK will not be able to develop projects in Europe or with Europe anymore?
I don’t know what effect Brexit will have on projects with European partners. In fact, I’m not aware of there being much collaboration between UK and European associations on European projects in the past few years. From what I can recall, there were more cross-border projects around 10 years ago but they seem to have become less common as funding has become more scarce. But there are a lot of people in the UK who would like to continue collaborating positively with European organisations, rather than us becoming isolated as a nation.

Brexit could be a good opportunity to build strong communities in the UK – if the UK government is true to its word and invests in less well-off communities.

How do you see the future of the third sector after Brexit?
I think it is important that we remain optimistic about the future. Brexit could be a good opportunity to build strong communities in Great Britain – if the UK government is true to its word and invests in less well-off communities. What we have seen in the last 10-15 years is not a huge amount of investment in those less well-off communities. Now that we in theory have more control over our own destiny and we will no longer be contributing to the general European funding pot, it could provide more of an opportunity to assist those who are struggling. So potentially there could be more funding going to the UK.

How much money has the UK contributed to the EU, and how much has it received?
According to the BBC, the UK is the second-biggest net contributor to the EU. In other words, it contributes more to the EU budget than it gets back from it. The UK contributed €7.43bn (£6.55bn) in 2017. Therefore, in theory, if the UK is no longer contributing such large sums of money to the EU pot of funding then it will have more money to spend on UK issues. However, there remains a great deal of disagreement in the UK about just how better off the UK will be financially once it completes its separation from the EU.

Do you think this situation could promote creativity in creating new social enterprises?
There is already a great deal going on in this area. The UK is very much at the forefront of the social enterprise and social investment movement and the sector is very proud of how it has been able to develop that model over the past 10 years. I think we will continue to see more of it even in the UK. We are also seeing more businesses behaving like social enterprises and trying to develop their Corporate Social Responsibility work. Traditionally, businesses have focused on profit and making as much money as they can. Now they are increasingly trying to position themselves as good employers in terms of the difference they are making to society as a whole. This is going to be an exciting era in the UK because a lot of companies in the UK are now making CSR a high priority and the social enterprise aspect is growing as well, with dynamic and young organisations coming in and trying to find solutions to difficult challenges and problems.

Do you want to add anything else about Brexit?
We’ve had 3 years of arguing in the UK, not so much in the charity sector, but at a political level about Brexit. The priority now for the charity sector must be ensuring those who need help receive it, so that the people who are struggling don’t get left behind. We must ensure that any agreements the UK government reaches with the EU during the tranisition period don’t penalise communities that are less well-off, and people continue to get the support that they need. We had a lot of arguments over the rights and wrongs of Brexit in recent years but now it is happening we have to deal with the here and now. We have to make sure that what happens next works for those who are less well off.