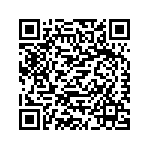 Together with his wife Philippa, Eric Kempson, an Englishman who has been residing in Lesbos for 22 years, has spent the last 3 years helping the thousands of refugees arriving on the island. He has created a network to save many lives, coordinating volunteers and resources coming from all over the world

«Refugees need help, we are here and help them. You can’t just watch people suffering. I’m a human being helping other human beings», says Eric Kempson, an Englishman moved to live in Lesbos in 1996, together with Philippa, married on the Greek island.

Since 2015 the couple has been helping thousands of refugees landed from Turkey on the northern coasts of the island. It is during a holiday in 1992 in Lesbos that Eric and Philippa Kempson fall in love with the Greek island and decide to go live there.

Mr Kempson, who is now 62, is a sculptor and a painter and makes artworks with olive wood that he sells to tourists and to the inhabitants of the island. In 2015, he put his activity in second place to devote himself, together with his wife Philippa, to voluntarily help and save people arriving every day on the beach, 200 meters from his house, in Eftalou, in the north of the island. In 2015 also Elleny, Eric and Philippa Kempson’s daughter, helped her parents during the migrants emergency.

Eric Kempson is one of the seven protagonists of the book of Daniele Biella “L’isola dei giusti (Righteous island), seven stories of humanity and solidarity of the inhabitants of Lesbos, during the migrants emergency, between spring 2015 and 2016. When refugees started arriving in Lesbos from Turkey, it was normal citizens from all over the world who helped them, not local and European authorities. The first to operate were the inhabitants of the island, the seven righteous described by Daniele Biella.

Together with Philippa, Eric has created a network to save thousands of lives, coordinating volunteers and resources coming from all over the world. Eric was the first on the island to post videos of the humanitarian emergency on YouTube and Facebook. His videos on YouTube, now more than 500, are an important proof of what happens on the island and his calls (in which Eric asks and shouts for help) have brought thousands of people to go to Lesbos to volunteer. In 6-8 months 2500 people coming from all over the world arrived on the Greek island to help migrants, working next to fishermen and the other inhabitants of the island.

«Social media have a fundamental role. If it was not for these tools we wouldn’t have had any help for the refugees. They are very important because media don’t tell anything about what happens here, they don’t speak about people dying in Lesbos, and European authorities, faced with these videos can’t ignore what happens here».

The house of the Kempsons becomes, and it still is, a centre for refugees and volunteers arriving continuously and using the house as a non-official basis for their operations. The great hospitality of the British couple is summarised in the sign hung under the pergola: «Shout if you want a cup of tea or coffee, we don’t charge. If we are busy help yourself, kettle is in the kitchen, cold water in the fridge».

«At the beginning of 2015 on the northern coast of the island there were only me, Philippa and Elleny to help migrants. Then, in July of that year, tourists and volunteers from all over the world arrived, and only later aid agencies», explains Eric.

In 2015 in Lesbos we brought in 600,000 people, a number more than 7 times larger than the 80 thousand inhabitants of the island

Authorities and European institutions arrived only months after the beginning of the crisis, and if it was not for volunteers there would have been many more deaths.

«In Lesbos in 2015 we brought in 600.000 people, a number more than 7 times larger than the 80 thousand inhabitants of the island, and we have not received a bottle of water from any aid agency, or help by any government. Also the EU hasn’t done anything to face the humanitarian emergency. Volunteers, who operated independently, are the one who helped more, as well as small NGOs», explains Eric , who has never wanted to join an NGO or create his own one. Him and Philippa have promoted The Hope Project, through the Uk Action for Refugees association, a project to provide aid and support for people fleeing conflict or persecution arriving on the island of Lesbos.

«We have always had migrants arriving on the island», explains Eric, «but initially there were only men. At the end of 2014 we noticed for the first time women and children arriving with the boats. They were Syrians. In February 2015 we started to get involved in helping them. On the beach there were all kind of people suffering and needing help, so we started to help: people with bullet wounds, newborn babies, women, children, lots of people with hypothermia…While during winter 2016 and 2017 we had more Africans coming, now it’s mostly Syrians and Kurdish. But not only: refugees also come from Afghanistan, Iraq, Iran, Sudan, Nigeria, Somalia…. »

«Greek people have a big heart, and they are very generous in helping migrants, but we suffer intimidations and bullying by some people living in the town of Molyvos, close to our house», highlights Eric. «They have slashed my tyres, they have threatened to shoot us... We are constantly being targeted by some residents of the town, that is anti migrant and racist», Eric continues.

«They say», explains Philippa, «that it is only because of us that the refugees came, and that we encourage them to come to make ourselves famous, to make money, because they think we wouldn’t be helping migrants without making money. We are actually volunteers, we are one of the few people here that are volunteers». The majority of the residents of the town are generous people, but they are afraid of bullies and only at night they leave on the gate of the Kempsons food and clothes for the refugees.

«Due to the abuses suffered here, we had to put our daughter out of school in October 2015 and send her away, in London. Now Elleny is 19 years old, she attends university and is a successful singer: she won a world competition at the age of 14, she has released three albums, and is currently working at the fourth», explains Eric.

In 2015 Elleny, who calls herself EJK, helped during the arrival of a boat, on which there were also Syrian mothers and children. These women started to sing and Elleny, inspired by their song, composed Lost Souls, on migrants’ resilience.

Bullies of the town of Molyvos are an exception, «Greek people are 99% generous people», Philippa points out. As a matter of fact only 9 kilometers east of the house of the British couple there is a village of 100 people that is called Skala Sikaminias: two of its residents, Emilia Kamvisi and Stratos Valiamos, who are also described in the book of Daniele Biella, have been nominated for the Nobel Peace Prize. «Every time we go there, they welcome us, they talk to us».

Eric and Philippa work with a team of volunteers, the majority of whom are refugees, who spot boats 24 hours a day. «We have an alarm, which sometimes goes on at night 20-30 times because it does not only ring for someone spotting a boat, but also it carries on ringing to say who is going out to help, what teams are there…. And if there is any problem, or an accident, we will go»»says Eric.

The couple has two warehouses, one near their house, the other one in Mytilini, which is 65 km away from their house. The warehouses take all of their time now during the day. They pick up their volunteers from Moria, where there is an identification centre, to take them to the warehouses, where they help refugees to get clothes, shampoo... In the north of the island the couple has medicines. They built a medical centre last year just behind the warehouse. The target of the warehouses are vulnerable people and families. «We help on average 30 families a day in the warehouses and our larger number was 68 families a day. We help not only refugees, but also all those who need help, like Greek suffering due to the economic crisis», tells Eric.

The Kempsons receive donations for refugees from all over the world, which are overseen by a big British charity, called Prism.

What has changed since the beginning of the crisis, in 2015, in the situation of the refugees?
«Not much», explains Eric. «Conditions of Moria camp are as terrible as they were in 2015 and refugees still live in tents, risking dying of cold in winter. The centre has security fences, like a prison, and abuses are the order of the day».

While Moria is a camp of the government managed by the army, the camp of Kara Tepe is managed by local authorities.
This last one is very well organised: everyone has a mobile house, toilets are well kept, and they have running water.

«The difference with 2015 is that while in 2015 refugees stayed in Lesbos 2 or 3 days to then move to the North of Europe, now they are blocked here for 2 years and they can’t go away, as Europe has closed the borders. Depression and suicide rate of these people who see their life finished is very high».

In March 2016 the EU-Turkey agreement came into force: Turkey was given 6 billion euros to block refugees at sea and bring them back. Due to this agreement boats decreased, «but they continue to arrive, and lately they are increasing again», Philippa says. She continues: «The number has decreased only because the Turkish Coast Guard is basically terrorising people crossing: they sink their boats, they arrest people on the beaches, they detain them indefinitely».

At the moment there are 7354 refugees on the island of Lesbos-this is what emerged from a monthly report that was published at the mid of March- and with summer approaching this number is expected to increase.