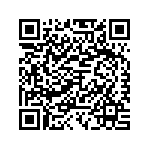 Universal Basic Income (UBI) proposals are gaining in popularity across the political spectrum. However most people don’t fully understand what a basic income is or how it would work. Vita International asked to James Boyce of the PERI, the Political Economic Research Institute at the University of Massachusetts what UBI really means.

A basic income would not be cheap—depending on how the program was structured. But how feasible is UBI to implement in reality?

Funding for UBI is the main obstacle to implementing it. One way to do so, as Peter Barnes and I discuss in our recent post, would be to charge for use of common wealth (such as the limited ability of the environment to safely absorb pollution) and to return the revenue to the people as UBI. In this case, UBI would come from assets whose ownership is universal, too.

But what about the fact that a universal basic income would stop people from working. How would UBI affect labor supply? Does its effects might play out differently in depending on national culture?

It is unlikely that UBI would be large enough to deter people from working. It would, however, give them greater freedom to choose work they want to do, including work that doesn't pay as much but has greater non-monetary rewards.

Another major question is whether UBI is designed to supplement or substitute for currently existing welfare programs. What do you believe?

UBI could either supplement or substitute for current welfare programs. Most likely it would do some of both.

A 2013 study by Oxford University's Carl Frey and Michael Osborne estimates that 47 percent of U.S. jobs will potentially be replaced by robots and automated technology in the next 10 to 20 years. Is the Universal basic income an answer to automation?

Automation is one of many factors that contribute to unemployment and underemployment. By providing an additional source of income, UBI would help to provide a cushion against the various factors that erode income from labor.

Low-paid, part-time, temporary and seasonal work would get a big boost to their incomes. Many people might use the payment to invest time and money in education or training. Many experts argue that Universal Basic Income would help to fight poverty and inequalities.

There is no panacea to the problems of poverty and inequality, but UBI would be a step in the right direction.

Some say entrepreneurship would become less risky. How?

Much as UBI would provide a cushion against unemployment and underemployment, it would cushion would-be entrepreneurs against risk of low incomes. This might make it easier to start small businesses.