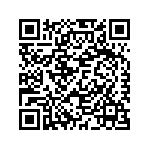 Against all the odds and the polls, Americans have elected Donald J. Trump as the 45th President of the United States. What can we expect from the new president?

After the election of Donald Trump, the world is now wondering what the new presidency would look like. Vita International spoke with Leigh Ann Wheeler, a professor of History at Binghamton State university of New York (SUNY).

Donald Trump’s victory is a shock to most political experts and pollsters. How did this happen?

Trump tapped into a groundswell of white working-class anger about status and employment losses--especially but not exclusively among men. He promised to bring back manufacturing, fill their wallets, build some walls, celebrate conventional masculinity, elevate them over the intellectual elite, and make them feel as if they are "great" again. Yet, this election experienced unprecedented FBI interference that undermined Hillary Clinton's campaign, especially in the last couple of weeks when FBI Director James Comey announced a new investigation into emails that may or may not be associated with Hillary Clinton. This interference was illegal; it destroyed Clinton's momentum in the campaigns' final days, and dominated the news cycle that had been focused on mounting charges of sexual assault against Trump. Media bifurcation also played a role. Many Americans listen to one brand of "news" and much of the right-wing media spread misinformation and outright lies about Hillary Clinton. Consumers who did not reach outside of that news-bubble did not have real facts to base their decisions on.

Some experts fear this could lead to serious financial troubles for many nonprofits. Is it possible?

Analysts think that Trump would offset his proposed tax cuts with reductions in tax incentives for charitable donations and also reductions in federal spending on social services--which would certainly hurt nonprofits. It's hard to know how his proposed tax cuts on the wealthy will affect charitable giving, though reduced tax incentives for giving will certainly discourage the wealthy from spending their extra money on non-profits. Trump's plans to eliminate President Obama's Affordable Care Act would also shift more health care burdens to the non-profit sector. Finally, there is the issue of questionable practices within Trump's own foundation. If his foundation is investigated and found to be in violation of the law, that could taint non-profits and discourage charitable giving more broadly.

Votes revealed how critical the rural vote was for Mr Trump

Trump did indeed win rural areas, while Hillary Clinton swept major cities. But he also won a majority of men and a majority of whites. The nastiness of the campaign led many citizens to opt out of voting for president altogether. An estimated 56% of eligible voters cast a ballot for president. --that number reflects about 3 million fewer voters in 2016 than in 2008. It's important to understand that Hillary Clinton won the popular vote by a slim margin, but because of this archaic institution called the electoral college--an institution designed to enhance the rights of states over the rights of individuals--Trump will be the next U.S. president. In addition, third party candidates received votes that, if they had gone to Hillary Clinton, would have won her the electoral vote.

Why did so many women vote for Trump?

Good question. Only 43% of white women voted for Hillary Clinton, while 53% of white women voted for Trump. Women of color voted overwhelmingly for Clinton and a smaller majority of white college-educated women did as well. White women who voted for Trump did so for a wide array of reasons--most of them deeply rooted in sexism, racism, and insecurity. Many white women expressed hatred of Hillary Clinton, but they often explained their feelings about her in ways that betrayed a double standard. They resented her for staying with Bill Clinton after learning about his extramarital affairs, even though Trump's own infidelities were never an issue. They accused her of being a liar, even though she was demonstrably and dramatically more honest than her opponent. They charged her with not having a plan for the country, even though she had a well-developed plan and her opponent had virtually none. They accused her of corruption, even though repeated FBI investigations had cleared her of corruption and her opponent had been successfully sued, repeatedly, by public and private entities, for corrupt business dealings and tax evasion. I could go on. The contradictions that white women--and men--revealed in their rationale for supporting Trump are legion. in the end, it may be that white supremacy and alliances with white men were more important to many white women than gender equality is. It may be that they honestly believed that Trump would somehow improve their economic circumstances, though his proposals for doing so have been far from compelling.

I have no idea. The Democrats crawl off to lick their wounds and then try to figure out what went wrong. The Republicans try to unite around a candidate many of them repudiated. Justice Ruth Bader Ginsburg (83) and Stephen G. Breyer (78) try to stay on the Court through another 4-year administration, hoping for a Democratic president to release them from duty in 2020. In the meantime, those of us who opposed Trump are counting on the institutions of our government to prevent him from doing lasting damage.