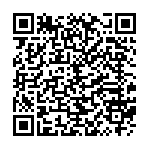 Despite the war Mohammad Alaa works heroically every day to help the neediest in Aleppo: children, elderly and disabled people, orphans, and animals. Vita International meets Alessandra Abidin, who is the point of contact with Alaa and has created the Facebook group "Il Gattaro d'Aleppo", to support the cause of Mohammad with donations, helping Aleppo's disadvantaged people, and cats.

Mohammad Alaa Aljaleel is a Syrian of Aleppo, a very simple man, moved by humanity and compassion, “the most precious things in life”. He could have fled his country, together with his wife and his three children. Instead he has decided to stay, for love of his country, his people, and also animals. Before the war he worked as an electrician, now he is a rescuer and drives an ambulance. Every day he helps the neediest people of Aleppo: children, elderly and disabled people, orphans.

Besides saving people’s lives, in 2011 he also started to look after those cats that were abandoned by families escaping the war. Since then he has kept doing it, despite the continuous bombings.
His story is linked to the story of Alessandra Abidin, a young violinist of Lebanese origin who lives in Cremona, Italy, and who gets to know Alaa’s story on the internet. Sharing the same passion for cats, she decides to help him. Last November Alessandra founded a Facebook group, called Il gattaro d'Aleppo” (which translates as “Aleppo’s cat man") in order to gather together all those people who wish to support Alaa’s cause.

“Mohammad told me that many people had already contacted him, but that they couldn’t communicate with him because they don’t speak Arabic”, Alessandra Abidin explains. Thanks to the donations of the group, that today counts more than 3400 members and continues to increase, Alaa has managed to build a cattery in Aleppo, the first one in Syria, that hosts cats, and also some dogs, and that he has called “Il rifugio di Ernesto” (“Ernesto’s shelter”), in memory of Alessandra’s cat, who has recently passed away.

The Facebook group, that gathers members from all over the world, has created, through cats, a very big network of solidarity also towards Aleppo’s families and most disadvantaged people, who receive donations from the members of the group.

We must try to never lose generosity and tenderness. I am very impressed by the generosity of those who help us and I feel the responsibility to give a good example

How was this wave of support born?
“When Alaa opened the cattery he went to visit some needy families in Aleppo, bringing donations from the group. Now all the families that Alaa has introduced to us have benefactors: many members of the group have grown fond of these families and make donations to help them. It is like a long distance adoption. These families have not left the country because they have disabled children, or because they are too poor.
There are not many families living in Aleppo at the moment and those who still live there are very destitute”.
Alaa’s story has attracted the attention of the media thanks to the pictures that Syrian reporter Hosam Katan, who has now left the country, has taken of him. Those images have been published by international magazines, such as Newsweek, and by Italian newspapers Corriere della Sera and La Stampa. The picture in this article of Mohammad Alaa holding a red cat has been taken by Hosam Katan. The group “Il gattaro d’Aleppo” has nominated Mohammad Alaa to the prestigious CNN Heroes award for his extraordinary commitment.
The cattery is also a playground, that Alaa has created to allow children play with cats and find humanity and tenderness, denied by war.

“Thanks to these cats Aleppo’s families have met each other and are also supported”, says Mohammad Alaa. And the inhabitants of the area say: “These cats have brought good luck to us as well”. A very strong friendship and solidarity bond unites Alaa and Alessandra Abidin.

We talk on the phone every day. Sometimes it’s me who tries to support him when Aleppo is most hit by bombing, other times it’s Alaa who supports me because I am afraid for him, for the people living in Aleppo, and for the cats, and he is much braver than me.

A strong friendship is also born between the members of the group, who often make donations together to Mohammad Alaa.
Donations are managed by Alessandra Abidin in a very transparent way: “The donated sums arrive to the association Alaa works for, Syria Charity, that transfers them to Alaa. I always put files in the Facebook group including the names of the donors and the amount. I have contacted the president of Syria Charity, that is based in France, to organise donations to Alaa”.
A fundraising campaign organised by the Facebook group has just ended: it will enable Alaa to buy an ambulance to save cats even in the furthest areas of the city.
“Alaa told me that now there is the risk that Aleppo can be isolated, as it has happened in Madaya, where people have died of starvation. Therefore we are raising funds in order to buy provisions, also for the cats. People in Aleppo are collecting canned food and far expiration date food, fearing to be isolated.
Alessandra Abidin highlights: “Alaa is a very simple person, with a big heart, you can tell also from the way he speaks. Since he was little he grew up with a big love for people and animals”.

The cover photo and the photos of the gallery are by the Syrian reporter Abu taym al halabi.
The photo of Mohammad Alaa with the red cat is by Syrian reporter Hosam Katan.