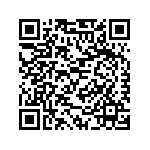 There are some universal subjects, but each story is unique. That was the starting point for the new documentary by Yann Arthus-Bertrand. HUMAN is an emotional portrayal of a contrasted humanity in conflict between homophobia, poverty, war, disease, misogyny, violence, and revenge.

Yann Arthus-Bertrand and his team of 16 journalists interviewed 2,020 people in the farthest reaches of the globe about their life experiences and ambitions. For many of those individuals, the interview was a chance to speak their truths about humanity’s ills in a very different context than have most of us. Why are there 70 countries in the world where homosexuality is still forbidden, and 20 where someone can face a death sentence? Why does poverty still exist in the world? How are we still, today, sending missiles to Syria and Iraq? Why did you leave your country to seek a life elsewhere? Why are there are still inequalities? HUMAN, a film fully financed by the Bettencourt Schueller Foundation, which backs humanitarian projects, reveals places of an unsuspected beauty, but also poses a careful look at the lives of men and women worldwide.

Vita International meets the French photographer and filmmaker to discuss his “human dreams”.

What is the idea of the movie?

Above all, HUMAN is a political film. The gap between the world’s rich and poor is increasing. We think of growth as endless, but the fact is the earth's natural resources are finite. We are exploiting our environment in our race to capitalism. For the past 40 years, I have been photographing our planet and I realized how the uneven development of our societies is emerging on our lands and our landscapes. This is why I felt an ethical and moral question to relate the voices of all those, men and women, who entrusted me with their stories about a lot of life’s questions, such as happiness, love, marriage, sex, revenge, violence, freedom, homosexuality, poverty and death. I was in search of understanding. In a world torn between tradition and modernity, do our fundamental needs remain the same?

Why is there is there so much hatred and war?

We live in a political world based on the nation-state. Total devotion and unquestioned loyalty to the state in the 21st century remains a constant specter in our society. As a matter of fact, the mistakes of the past should serve as fruitful material for shaping a 'better' future, I have the feeling that humanity is not making any progress. We can’t always manage to live in peace together. Why is that? I didn't look for an answer in statistics or analysis, but in man himself. Love and hate are both deep emotions that are intimately linked within the human brain, the line is so thin between them. The story is the proof that it is not uncommon to feel both love and hate almost simultaneously. The growing display of hostility shown by the Jews towards the Palestinians is similarity between the French’s oppression over Algerians and Italians over the Ethiopians and Eritreans. This film tries to shows not only this fickle nature of the human mind, but also the empathy and the solidarities which we are capable of. Together, united, we can meet the challenges of today and tomorrow.

This film tries to shows not only this fickle nature of the human mind, but also the empathy and the solidarities which we are capable of.

How did you choose people interviewed?

When you are a politician, professor, or a celebrity, you cannot speak about your truths. I really wanted to meet those persons who have a lot of experience of life. A wide range of people spoke not only about the world’s common concerns but also about love and insecurity. As an Israeli father who lost his daughter in suicide attack, Uruguay’s former president José Mujica, spoke about how we invented a mountain of superfluous needs, shopping for new, discarding the old. In short, this film gives a voice to the voiceless: Syrian refugees, asylum seekers in Calais, freedom fighters in Ukraine, workers in Bangladesh, farmers in Mali, death row inmates in the United States, war veterans, Hiroshima survivors, Rwandan genocide witnesses, and many others.

What do you think about Europe’s immigration crisis

People are not ready to accept immigrants as equals. Through their prisms, many people see immigration as a factor which will increase poverty in their country. They fear an influx of people uninterested in finding a job, who are simply looking for opportunities to exploit host country’s welfare system, higher level of well-being and education benefits. However, Europe is still more welcoming than other countries. Although such movements of people pose difficult questions for many governments, we have the moral values necessary to find a rapid solution to this humanitarian drama. I myself belong to the sixth richest country in the world and we must learn to accept them. The solution for today’ s challenges is love. Love is always the answer.