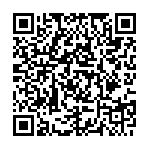 With the migration crisis ongoing in Europe, Vita International spoke to Professor Saskia Sassen: the Robert S. Lynd Professor of Sociology and Co-Chair of The Committee on Global Thought at Columbia University. "Existing policy is not prepared to address new types of conditions producing massive displacements," she said, "and neither is it prepared to deal with the consequences of such displacement."

In your opinion what is happening in Europe at the policy making level? European policy on refugees is surprising for cynicism and schizophrenia , but also for the speed at which some European States and politicians are building up walls and material borders - the last case being in Austria for example.

The situation is desperate, challenged by the complexity of the flows, and by the fact that the potential total is 15 times higher than what has come thus far and the wars are continue, so even more will arrive.

Policy making is elementary and backward looking, so all they can come up with is to re-install the borders and construct walls on top of the old borders. It could not be more regressive. They are also leaving Greece and Italy, both suffering economically, with the full burden. History will not treat the European policy makers kindly.

In Europe we talk about migrant crisis, and even call it a ”mass exodus”. Do you think that terms like immigrant, migrants or refugees are still suitable to define this phenomenon?

As I have said in prior interviews, I do think we need new language. There was a time when there was a clear difference, and the immigrant left a home behind.

Policy making is elementary and backward looking, so all they can come up with is to re-install the borders and construct walls on top of the old borders. It could not be more regressive.

Do you think that expulsions or construction of walls is a solution to solve this political and humanitarian problem. Could perhaps a method be considered morally condemnable, but politically realistic? Or is it a sign of a new brutality?

I think it is both a new brutality and a failing solution: it is not a solution. The solutions we need to develop will have to include what is happening in the areas of origin. We cannot put the full burden of a solution on the shoulders of these men, women and children who are fleeing horrible conditions.

There is a larger scenario that needs to be brought into the picture, which is the explanation.

The general policy area that addresses the fact of growing displacement of people is today confined to war as the factor of displacement. We need to add a range of other factors to this domain: war, toxicity produced by pesticides and mines, and the effects of climate change on many of the other conditions feeding the rapid growth of displaced people across the world. This will require a diversity of policy interventions. Displacement takes many forms: losing one’s land due to corporate grabs that are not fully lawful; having to leave one’s land because of toxic elements produced by the local mine; the expansion of asymmetric war, and more. In short, this project aims at being a wake up call that existing policy is not prepared to address new types of conditions producing massive displacements, and neither is it prepared to deal with the consequences of such displacements. It will require developing global networks of policy makers that address the specific instantiations taken by generic conditions in different types of regions or countries, as well as recognizing the need for new types of cross-border policy domains.

Are new migrations are really the markers of a new era, not only for Europe?

Indeed, not only for Europe. In Central America we see a whole new migration of unaccompanied children, who are escaping urban violence - gangs, and drugs. Their parents have often been killed in these urban wars, and they are scared. Interviews that have been made find them speaking of the fear of that urban violence, which can explode suddenly and anywhere. There are no clear lines of combat, and it can happen at any moment, anywhere in the city.

And then there are the new refugees from Myanmar, where massive land grabs for mining and plantation agriculture have created a crisis in rural areas, which then has mobilized some Buddhist priests (though they are no longer really Buddhists by the time they promote this type of killing - even if they are dressed in robes) now are justifying the killing of Muslims, with the Rohyngia being the best known Muslim group and now the most persecuted. Almost 100,000 have left in the last two years, and they float for weeks in precarious boats in the Andaman sea.

You use an expression: “Massive Loss of Habitat”. What does this mean, and why is it important to thoroughly understand the overall migration phenomena?

The language of “migrants” and “refugees” is insufficient to understand emergent flows of desperate people across the world. There is a mix of escalating negative conditions that amounts to a massive loss of habitat globally. While today war is the key cause of displacement, many other factors will be generating outflows of people that will, once again, take policy makers by surprise. Most significant at this time are the rapidly growing numbers of rural and semi-rural peoples across the world displaced by a broad mix of factors besides war. These include the effects of climate change on reducing livable ground; vast acquisitions of land by foreign governments and firms to meet demand back home; the explosion in the building of new, often private, “cities” and office parks; the sharp expansion in mining of new materials for the electronics industry; the accelerating poisoning of land and ground water due to plantation agriculture, mining, manufacturing and more. In brief, powerful forces are contributing to new kinds of expulsion dynamics that will affect growing numbers of people. Putting the burden of explanation on the expelled themselves is not going to help us find workable solutions.

Most migration today is to the cities. This gives rise a welfare problem, but also poses another related issue. A political problem. In the cities “migrants” activate many informal lines of social acceptance and also of assistance, including, for instance, mutual aid. This is happening now in Milan, Rome, and Naples - to name but a few. But at the highest decision-making levels (States and EU), it seems that they are blind to this social logic, and they implement a systemic logic of expulsions. How do you see this problem?

We know from history, that given the opportunity, immigrants are often makers of small businesses and local economies. They have revitalized many under-populated urban areas in deep decay all over the Americas and in Europe - notably after WWII.

Immigrant neighborhoods are often mini-economies, they localize production activities that the central economy of a city shapes in the form of franchises of major corporations. Starbucks is a good example of the latter. The problem with franchises is that they always take a share of the consumption capacity of a locality or a city out and to central headquarters. Immigrant communities tend to create their own economies, and thereby contribute to the city in which they do this. Today, the corporatizing of more and more consumer sectors is a real problem for cities. There should be a support for immigrants and refugees who are willing to start to build local economies in their neighborhoods.

The work of re-localizing components of “the” economy becomes critical in the current era, when the working classes and the modest middle classes are losing ground fast. Re-localizing in this case becomes a fight against the corporatizing of everything: do we really have to depend on corporations to have a cup of coffee, to buy vegetables, to get bookshelves? Any neighborhood is likely to have local talent that could handle this. We must re-localize whatever we can re-localize. This will inevitably be a partial project as many of our more complex needs can only be met via complex knowledge systems (e.g. a hospital). But we must maximize the replacement of franchises by work done in our or other neighborhoods in our cities and towns.

Saskia Sassen is the Robert S. Lynd Professor of Sociology and Co-Chair, The Committee on Global Thought, Columbia University (www.saskiasassen.com). She is the author of several books. Her new book is Expulsions: Brutality and Complexity in the Global Economy (Harvard University Press 2014; Italian with Il Mulino 2015). Her books are translated into over 20 languages, including 6 in Italian. She has received diverse awards, from multiple doctor honoris causa to being chosen as one of the Top 100 Global Thinkers on several lists and receiving the 2013 Principe de Asturias Prize for the Social Sciences.