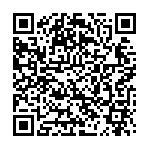 People often think that a certain level of inequality is normal in our societies, says the social geographer Danny Dorling . But the gap between the superrich and the rest of us has widened dramatically in the past 12 months. The author of a number of books including "Injustice: Why Social Inequality Still Persists" and the next, "A Better Politics, How Government Can Make Us Happier", due to be published on March 20th, explained to Vita International why inequality should be a concern for anyone.

Inequality is on the rise. Is it an unavoidable fact of life?

Inequality is not rising everywhere and certainly not in all aspects of life. Racism is falling in many parts of the world, as is sexism. People are winning the right to marry whom they like, of whichever sexuality they happen to like, in many countries in Europe and across many of the States of the United States. It is economic inequality that is rising the most today, and even then it is not rising everywhere. In many countries in Europe such inequalities (at the extremes) carried on falling in the 1980s, 1990s and 2000s despite rising rapidly in a few affluent countries, such as the UK and USA. Since the economic crash of 2008 inequalities have risen almost everywhere, but so has the opposition to rising inequality. We have been here before, in the 1840s rising inequalities were opposed and great social progress began to be made; this happened again (eighty years later) in the 1920s. Economic inequalities in all rich countries of the world fell for the next fifty years after that. Again we are at the beginnings of the possibility of another turn. It is as if we forget after three generations has passed and have to fight that fight of our great-grandparents anew, again. Rising inequality has always been avoidable. Throughout history high inequalities have always eventually been lowered. There is no iron law of economics that say that inequalities need always rise because there is so much more to life than economics. There is politics, campaigning, religion, caring, knowledge, learning and love – and our desire for happiness.

Who is most harmed by these injustices and why?

High levels of economic inequality are an injustice. They make people behave in ways in which they are often ashamed of upon reflection. Inequality heaps shame on the poorest the most. In the most unequal of affluent countries the poorest tenth of the population have to try to survive on a pittance because the best-off tenth take so much, but the best-off tenth believe they need that much because (within their group) the best-off 1% of the whole population are taking so much more than the rest. In the UK the best-off tenth of households take the greatest share of national income of any country in Europe. They consume 28% of all national income. However, half of that sum is taken each year by the 1%, the best-off-tenth of the best-off-tenth. This leaves “just” 14% of all national income to be shared out among the other ninth tenths of the most affluent. They then try harder to get more and they too are then often harmed by taking jobs they do not really want to do. In the long run it is the children who are harmed the most. Children in the UK suffer some of the worse rates of poor health in all of Europe, the highest rates of infant mortality, of poor child health and then they enter the most segregated education system in Europe. All of this is a product of too much tolerance of extreme economic inequality. Inequalities have risen rapidly in recent years in Southern Europe as cuts have harmed the poor the most, but nowhere else in Europe is yet as bad at the UK.

The phenomenon of social inequality in the rich countries is the topic of the new version of the 2015 edition of Injustice. What are possible solutions to face it?

Before any solutions are possible it is necessary to recognise just how damaging high rates of economic inequality are. There is a small group of people who believe high rates of inequality are good and reflect a kind of natural variation in human beings that they imagine exists. This group constantly argues against any solutions because they do not see that there is a problem. The beginning of winning solutions requires exposing the actions of this group of people, of those who wish to promote many inequalities as good. The book Injustice collected together as much evidence as I could find of the actions of people who wish to promote high and rising inequalities and how they go about this. The 2015 edition demonstrated that this loose group of individuals, those who promote inequality, have become more determined since the 2008 crash despite having lost the support of world leaders ranging from the Pope to the Presidents of the USA and China and the head of the IMF, who all now argue against high economic inequality in a way that they or their processors did not before 2008. The precursor to all the solutions needed is recognising that we have a problem, including a problem with those who do not recognise the problem. We have been here before. In the past, once that opposition was overcome, the unimaginable became possible.

In your new book, Better Politics, to be published next March, you suggest a series of policies that we could adopt if we really want to be collectively happier and healthier. For example?

It is not hard to reduce inequalities and to improve health and happiness once that is your actual goal. It is much harder to maintain high and rising levels of economic inequality because you constantly need to find more people to exploit and impoverish if you are to become richer and richer; and you have to fight off others who will always try to take your place at the top of the steepest of inequality slopes; as well as the growing number opposed the high inequality in general. Increasing fairness in education reduces later economic inequality. Taxing people fairly reduces the incentives of those who are greedy to try to always take more. Ensuring that basic human rights are protected over housing, that rents don't become too high, that people cannot be evicted so easily, makes us all more equal and prevents a very small group of landlords becoming richer and richer. Spending a decent amount on health services protects those who fall ill the most, and often become (or already are) the poorest. In Western Europe only Greece and Italy now spend a lower proportion of their GDP on health care as compared to the UK. Switzerland spends twice as much per person, the Netherlands 59% more, Germany 49% more, France 27% more. The best-off 1% in Switzerland take half what the best-off 1% in the UK take each year. There is no shortage of policies you can adopt, if you believe that we all deserve respect.

Superficial happiness can appear to be high in the most unequal of affluent countries. In these countries, when asked how they are doing people will glibly reply “awesome”, and tell others “have a nice day” - especially if their employer requires them to say that after selling a burger. Studies of underlying levels of happiness and contentment show wellbeing to be far higher in the more equitable countries of the affluent world, as compared to the few very unequal countries in that group. Greater equality is more common in affluent countries than in poorer ones. Happiness is promoted by stability, and by not living in fear and uncertainty. When you don’t have to fear that redundancy is likely, or worry about how you will get by on your income, or that the rent or other housing costs might rise out of your control, or that you cannot afford the schools fees or for the school trip, or that your children will be poor when they grow up, or that those who are poor will burgle your home, or that you will have to spend most of your life fighting to get more – otherwise you will only have less and less – then it is far easier to be happier. Our relationships with each other are more robust in those countries where economic inequality is lower. We split up with each other less often, marriages last longer, fewer people commit crime and end up in prison, fewer work very long hours every day trying to become richer (or just to be safe) – all across society people become happier; including the very best-off of all.