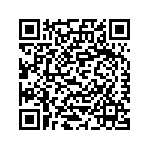 Farida El Allagi, Libyan Ambassador at the European Union, acknowledges to Vita international how her country and the Arab world are progressing despite the internal deterrents and the interferences from abroad.

Besides the current political situation related to the unity government deal signed by the Libyan factions that according to the ambassador «is a step forward, a beginning in restoring peace in Libya and will need to monitor where it will lead to», in this interview to Vita International the head of the Libyan Mission in Brussels touched upon other issues like the Libyan third sector, the EU immigration agenda, and the effects of the Arab spring.

How is Libyan society responding to the challenges arisen after the demise of Khadafy ?

We can not generalize and paint a snapshot of the Libyan society. It is fair to claim there are splits due to various “Isms” such as radicalism and terrorism. I’d say though that the social fabric is facing some division trends. In some households there are family members who are leaning toward radicalism while others are appealed by secularism. It is hard tough to compile data and accurate figures about social trends the Libyan society is experiencing. Nobody can provide statistics on how many radicals are currently based in Libya. We can’t even put radicals in one definition basket; there many sects, there are what I call shades of radicalization. Having specified it, it must be underlined Libya is facing an inexplicable reality; on one hand there are fights, militias, wars and fear; on the other hand, Libyans are resisting and trying to conduct a normal life. Here is a reality check: we are celebrating wedding parties, we go to restaurants, to stores to shop. It is worth reminding that few months ago, a huge cultural event on poetry had been attended by many people in a battlefield city like Benghazi.
To be honest, the world should regard the endurance of the Libyans, especially the young ones. Indeed, the youth and women are the most noteworthy phenomenon. Their voices are the new players in the Libyan politics. They represent 75% of the population. Most of the youth is under 25. The prospective and the energy they bring in are outstanding and can make a huge difference in the future.

What’s the outlook of the whole region?

Libya is part of the Arab world. What happens in Libya does affect the dynamics of the whole region. The area is moving toward an unknown destination; history is in the making. There is only one thing we can be sure of: each country is pursuing its only vested interests regardless collateral effects. The consequences may turn out to be counterproductive. Arabs have to wake up. We can’t continue to hurt ourselves with the blame game. We have to accept that other countries will try to interfere in our affairs either directly or indirectly. One example is the West’s support for the Muslim Brotherhood. Many governments perused that policy assuming the Brotherhood was a political force able to sustain stability in the region.
But the west is no perfect place either. It preaches other countries to get their house in order, neglecting the mess in its own homes, such as corruption.
However, we have no choice but work together. That’s the only way forward: pursuing and defending together our common interests. Let us sit at the table and agree on something beneficial for all. I made my position clear to the European commissioners as well. I have advised them to rethink their strategies towards their neighbours in the Mediterranean and to translate to action their policies and resolutions on partnership.
How can I be diplomatic with some European politicians when they at times insult our intelligence and dictate their solutions to our problems? We need to respect, trust and work together on a human agenda for the Mediterranean because we need each other to face ISIS.

Would you define the Arab Spring as a success or a failure?

It is just the beginning of a process that will take 50 years to fully develop and unfold. At the end of it, the Arab world will be a totally different place from what it is now. We had dictators and corrupt business people who controlled 80% of the resources while the remaining 20% were imprisoned, tortured or given no opportunities to thrive. Now, this 20% is set to take its revenge. Then, the West is despised because it has always supported those who controlled the resources, it maintained dictators in power.
The historical transformation in the region is just beginning though. Decisions must be taken. All the issues neglected in the past and the problems kept unresolved are being released. The pandora’s box is now opened.

How is the outlook of the NGO sector in Libya?

The love I feel for the NGOs sector is like what a mother feels for a child. It has been my world for 40 years. I’m a strong believer that civil society is the only voice that counts, that is truly defending human rights, democracy and the environment. During the Khadafy era, the social sector was strangled like all the other sectors. After the revolution, despite no training and no money, we managed to experience a boom: we went from zero to 1200 NGOs. The circumstances were not good, though. There is a deficit in training, the law is not suitable, the finances are scarce. When I came back from my exile after the revolution, I founded the Libyan Forum for Civil Society. I wanted this forum to be the beginning of a process leading to the creation of a network of a strong civil society led by the promising Libyan youth males and females. I wanted this forum to be a model also for the government regarding training, institutions building and good governance.

How do you regard the EU migration agenda?

The EU should postpone the game of politics and put extra efforts on saving lives. The EU has poured 100 million into 17 projects in Libya, including migration and border security, however we are not aware of the outcomes yet. In other words, we can not figure out what if the results were effective or what kind of impact had. We are still trying to get the data related to where the funds are being allocated.
Despite the good intentions, sometimes Europe is making our problems worse. If Europe is not genuinely committed about helping to solve our problems in a joint partnership, it is better that Europe does not get involved.
The EU has been most of the time working behind the doors to solve the migration issue. They bring the experts, then they come to us asking to implement their plans while Libyans are left out of the negotiations. However presently we are establishing joint technical committees to ensure better coordination and cooperation.