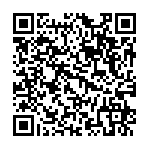 Archbishop H.E Bashar Warda of the Chaldean Catholic Church of Erbil (Iraqi Kurdistan) spoke to Vita International following a conference on October 22nd in Brussels, and laid out the current situation for Christian refugees in Northern Iraq.

“When the Christians fled on 7-8 August, the first place they went were the churches”, said Warda. His keynote address in the European capital had a two-fold mission: firstly, to update Europe on the current situation on the ground, and secondly to commence dialogue on the future prospects of the persecuted Christian population in the region. Warda called for European recognition of ISIS’ actions as being “genocidal”, and stated that Europe needs to take responsibility for its own citizens fighting in the region.

“Spirit is high, the hope is still there”.

Over fifteen months ago, ISIS forcibly displaced over 125,000 Christians from the Northern Iraqi city of Mosul and the surrounding Plain of Nineveh. Now, these IDPs are living in Erbil, where they are crammed into caravans, tents, unfinished buildings, or tiny apartments of 125m2 shared between 32 people at a time. Despite the adversity, the Church has proven to be an effective frontline provider of basic aid. In the key areas of housing, health, and education, successful efforts have been made for the Christian refugee population. Over 2294 families have had their rent paid for by the Church, nine schools have been built, and both health and trauma centres caring for over 2200 patients monthly have been set up. To those criticising the Christian stamp of these institutions, Warda says “it’s our identity, and we must protect it.”

As things stand currently, there remains a high level of need. For healthcare, urgent medical operations are proving a financial challenge to the already strained Church budgets. Despite the constant influx of donations from Christians worldwide - what the Archbishop called “a true miracle” - many IDPs are obliged to travel to neighbouring Turkey, Lebanon and Jordan to receive medical treatment. Warda called attention to the fact that “the Church is almost the only provider of social services” in the region, and they cater for any Muslims and Yazidis they find in their midst.

Another challenge is that of providing food provisions. In the past, over 135,000 people were provisioned with food packages, at $60 a package. This program is being funded until December 2015 by Aid to the Church in Need, however they lack further financing starting from January 2016. The immediate needs are currently being met, but there is a clear need for longer-term financial planning and development for the coming year. Warda did not hide that a key goal of the current social programs was to encourage the Christians to stay in the area.

“They have no trust in the land anymore”

Persecution is by no means a novelty to Christians in Northern Iraq. There has been a history of anti-Christian sentiment in the region, ranging from examples such as the 14th century Tamarlane massacres, which saw over 160,000 Christians killed, to the actions of ISIS now. Many Christians form part of the droves of migrants reaching Europe every day in search of a safer and better life. “They have no trust in the land anymore,” Warda stated. “They have so many reasons as to why they should leave.” The Church however, is calling for them to stay, despite the danger, to fulfil their Christian mission and exercise the right to remain in their original homeland.

“If the spirit of fraternity is missing, there will be more conflicts”

The importance of the Christian presence in Northern Iraq is also politically strategic. If the Christians leave, Warda argues that the loss of this important minority will be keenly felt, and more conflicts will arise. “Yes, the people of Mosul are terrified by the terror of ISIS...neighbours informed on other neighbours, and the the bonds of trust have been broken.” Nonetheless, Warda sees a continued Christian presence as being key to rebuilding this fractured society. “As has happened in the past, the Christians act as a bridge of trust and reconciliation amongst Shi’a and Sunnis.”

I risk my life every day, but it doesn’t matter. If they want to kill me, ISIS will find a way. To the European countries, I say to help us find a dignified way of living.

“Europe won’t send troops, and it wouldn’t be realistic”

Warda called on Europe to keep supporting the Church to improve conditions, and so encourage the option of staying rather than leaving. Considering the crisis levels migrant arrivals have caused in Europe in recent months, the solution the Archbishop is proposing certainly seems to be an attractive one for many parties. He argues that if the Iraqi government and Kurdish forces work together to protect minorities such as the Christians Yazidis in Northern Iraq, there will be no need for European intervention on the ground.

“Calling the event a genocide is important”

In Iraq, as in Syria, the International Criminal Court (ICC) has no jurisdiction. However, this did not stop Warda from stating openly that the Christians in Northern Iraq are victims of persecution. As such, he is calling vocally for a European recognition of ISIS’ actions as “ethnic cleansing”. The importance of applying this label lies in its legal ramifications, as victims of genocide have their rights protected with regards to the property and goods that they abandoned during flight from persecution. Warda is adamant that these rights should be enforced, as well as highlighting the necessity for a narrative of accountability: “We need an apology to the victims from ISIS, and I trust that the Christians won’t seek revenge.” This in turn, he argues, will aid the process of seeking political reconciliation in the Middle East.

“Europe needs to take responsibility for its own citizens”

Warda had a last clear message concerning the thousands of foreign fighters who have left their native European countries to fight for ISIS. “You have to take responsibility for your own citizens. You need to go and bring all of these fighters back home.” The importance of ISIS as a global rather than solely regional problem is one that resonates, as the consequences of the terrorist organisation’s actions are becoming increasingly tangible in Europe. Only yesterday, European Commission president Jean-Claude Juncker called an emergency summit for this Sunday (25th October) between the EU and the Balkan states, in order to tackle the migrant crisis along the Western Balkans route. As the influx of Iraqis and Syrians fleeing ISIS continues to grow, and Member State nationals continue to join the Islamic State, the EU is faced with increasingly complex decision-making in the coming months.