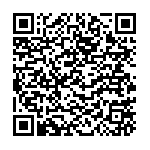 The European Economic and Social Committee, in cooperation with the French Ministry for Ecological and Inclusive Transition and the city and Eurometropole area of Strasbourg, held the 4th European Day of Social Economy Enterprises on the theme of The Social Economy: mobilising cities, regions and civil society. Pact for Impact for the European Union.

All speakers emphasised that the social economy may be the only viable alternative to a model of production and consumption that threatens the survival of the planet and exacerbates social inequalities, by putting the values of equality, social justice and sustainable development at the core of the economic model. Faced with globalisation and relocation, it offers a model deeply rooted in our cities and regions.

Luca Jahier, President of the European Economic and Social Committee, urged that "following in the footsteps of Gutenberg, who invented printing here in Strasbourg, we should print a new page in history together here today in the European capital of the social economy: let's turn this European Day of Social Economy Enterprises into a unifying alliance upholding Europe's fundamental values - democracy and solidarity".

Nicolas Schmit, Member of the European Parliament and incoming European Commissioner for employment, who has long striven for EU recognition of the social economy, argued that "any policy pursuing a successful ecological transition needs a strong social and solidarity-based dimension. There is now a general feeling that many people are losing out in today's world - the losers of globalisation, of digitalisation and so on ... If this feeling spreads and if, once again, it is the most vulnerable who are hardest hit by this transition, we will see divisions in our societies that will further complicate the necessary policies and make them practically impossible. So, we must work on a different economic model, and this model lies at the very heart of the social economy".

A joint declaration was adopted, setting out the measures that the stakeholders wanted the European Union to adopt in order to take the social economy to a higher level in Europe. In particular, the declaration called for a comprehensive, coherent policy initiative, including specific and practical measures, such as:

- Making sure that social economy enterprises can take full advantage of the digital transition;

- Raising the profile and boosting recognition of the social economy across Europe;

- Helping the public authorities in their work to bring social entrepreneurship into all levels of education;

The declaration was presented to Mr Schmit and will be forwarded to the European Parliament and the European Commission in order to feed into their work from the beginning of their terms starting on 1 December.

Read the full text of the declaration.