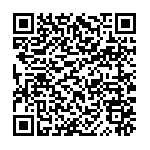 It’s a system on the verge of collapsing the one fighting human trafficking and modern slavery in Northern Italy. The budget cuts and the limited funds that are made available only through scattered public grants are signs of an assistance system that can hardly meet the demand of the increasing number of women arriving on the Italian shores and ending up working in the streets as slaves. According to the International Organization for Migration (IOM), the number of potential human trafficking victims arriving in Italy by sea has increased by more than 600 per cent over the last three years, from 1,500 in 2014 to more than 11,000 in 2016. The Italian government relies predominantly on local NGOs to provide medical, psychological assistance as well as shelter to the survivors, but the organizations have been denouncing the lack of funding and the absence of coordination on anti-trafficking efforts at a national level.

«Right now in Lombardy there are 20 women who have taken the painfully difficult decision to leave the streets and run away from their exploiters but are currently on a waiting list, because all the hidden address shelters are full,» says Marzia Gotti, coordinator of the anti-trafficking program at Lule, one of the main organization fighting human trafficking and modern slavery in Northern Italy. «The situation has gotten worse over the past two years for numerous reasons, first and foremost the increase in sea arrivals. Many women are sold into sex trafficking after they arrive on our shores as asylum seekers. In particular the number of Nigerian girls has grown exponentially since 2015.»

In 2016 out of 900 trafficking survivors assisted by Lule, which operates in an area south/west of Milan and in the province of Pavia, 340 were Nigerian, over a third of the women who were forced into prostitution.

Among this rise in numbers there is also a change in the exploitation strategy. What makes it so difficult for so many Nigerian women to break the trafficking cycle is the obligation to pay off their “travel debt” to the people who took them to Italy with the promise of “finding a better life”. The commitment to pay back their traffickers is sanctioned through a voodoo spell, which makes it unthinkable for the women to break as, according to the common belief, this would threaten their life and the lives of their loved ones.

However if only until two years ago who came to Italy by sea had to pay a travel debt to their smugglers which ranged between €40,000 and €60,000, today the average debt is lower, usually under €30,000. «Traffickers now ask for less money to the single victim, so that it’s even easier for them to keep them under their control, but they are taking more people to Italy, so the number of the victims has increased», says Marzia Gotti who believes that several policy-level changes to the national anti-trafficking system should be made in order to tackle the rise of the trafficking industry. «More resources are needed and the funding should be made structural. Right now they are only made available through sporadic grants, which make their accessibility very uncertain and, as a consequence, the anti-trafficking system very unstable».

The main source of funding for NGOs working in the field is a public national grant issued by the Ministry of Equal Opportunities. However the grant was suspended from 2012 until May 2016 when the Ministry only granted an extension of the funding on a six-month basis which allowed the organizations to have access to limited resources. When the Ministry finally issued a new grant in July 2016, the total funding made available for anti-trafficking organizations at a national level from September 2016 to December 2017 was €13 million. An extremely limited amount, considering the extension of the phenomenon and the costs of the first response shelters where assistance has to be provided 24/7.

However the inadequate funds are not the only challenge, as Marzia Gotti explains: «Because of some technical and bureaucratic issues some organizations that have been proving assistance to the survivors of trafficking for years did not meet the eligibility criteria for funding and did not receive any funds at all. Now many regions in Italy cannot offer any type of assistance to the survivors.»

Piedmont, Liguria, Valle d’Aosta, Sardinia, Basilicata, large part of Sicily and the city of Milan are among the areas where the local NGOs did not receive any funding from the 2016 national public grant.

«Organizations like ours, that did receive the funding but that are also close to the areas that have remained with no assistance services now receive more requests for help that they can actually meet,» says Gotti. In Lombardy there are about 5,000 women who are currently forced to work in the streets but the first response shelters with hidden addresses that are available are only three, with a total of 12 beds. «The turnover here is pretty high. We usually accomodate between 50 and 70 women a year in these three shelters and they usually spend less than a month here. They are then transferred to another hidden address shelter where they wait for their legal documents and study Italian. They live here between 4 months and a year, before they are transferred to the last shelter where they are helped to find a job and a new home.» According to the organizations operating in Lombardy, until a few years ago the 12 bed places were enough to accomodate the women who wanted to escape their traffickers but that is no longer the case. «We need to be able to accomodate more women,» Gotti concludes. «Putting on a waiting list who is forced into slavery facing unspeakable violences every day and night cannot be an option.»