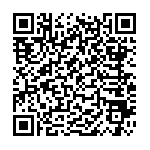 Two Bahrainis appear to be at imminent risk of execution despite allegations of torture, Human Rights Watch said today. 3 were executed in a similar case on January 15 .

Two Bahrainis appear to be at imminent risk of execution despite the authorities’ failure to properly investigate their allegations of torture, Human Rights Watch said today. Both Mohamed Ramadan and Husain Ali Moosa have disavowed confessions that they allege were the result of torture and that were used as evidence in a trial that violated international due process standards.

The January 15, 2017 executions of three other Bahrainis in a similar case have raised concerns that King Hamad bin Isa Al Khalifa will approve the executions of Ramadan and Moosa, who face the death penalty for a February 2014 bombing that resulted in the death of a policeman. Human Rights Watch analysis of their trial and appeal judgments found that their convictions were based almost exclusively on their confessions, which both men retracted.

Bahrain should not under any circumstances execute two more young men, especially where there is credible evidence of confessions obtained through torture and unsound convictions,” said Joe Stork, deputy Middle East director at Human Rights Watch.

On December 29, 2014, Bahrain’s fourth superior criminal court convicted Ramadan and Moosa of the premeditated murder of `Abd al-Wahid Sayyid Muhammad Faqir, a policeman who died from injuries caused by an improvised explosive device in Muharraq on February 14, 2014. The court convicted 10 other Bahrainis of involvement in the bombing and sentenced them to between six years and life in prison.

Ramadan and Moosa’s lawyer, Mohamed al-Tajer, told Human Rights Watch that he was unable to speak with his clients during pretrial detention. The first time he was able to speak with them was on the first day of their trial on July 24, 2014, he said.

An examination of the trial record indicates that the key evidence used to convict Ramadan and Moosa was their confessions, which their lawyer argued in court should have been inadmissible because the court did not thoroughly investigate the men’s torture allegations. The trial court dismissed this argument, stating that “the defendant’s [Moosa’s] confession is overall consistent, which confirms and proves that his confession is consistent with the truth and facts of the case.” On May 27, 2015, Bahrain’s First Supreme Criminal High Appellate Court upheld the death sentences, saying that it was “persuaded that these confessions and statements were free of any taint of coercion of any kind, using in this its discretionary authority.”

Human Rights Watch reviewed copies of the reports from Dr. Mohamed Nour Fowda, the forensic doctor employed by Bahrain’s public prosecutor’s office, who examined Ramadan and Moosa on March 2, 2014. The reports do not refer to the men’s allegations of torture, stating only that their purpose is to assess the nature and cause of any injuries. The report on Ramadan concludes that the bruising on his legs was the result of “collision … with an object,” and the report on Moosa concludes that marks on his wrists were “the result of handcuffs.” The trial court judgment makes no reference to either forensic report. Al-Tajer, who has defended many prominent opposition figures and rights activists, told Human Rights Watch that their absence probably relates to the considerable evidentiary weight that judges in Bahrain place on confessions.

United Kingdom-based human rights organization Reprieve provided copies of these reports to Dr. Brock Chisholm, an honorary lecturer at St Georges Medical Hospital Medical School, University of London, and an expert in the diagnosis and treatment of torture victims. Chisholm wrote that the report on Ramadan “fails in almost all aspects of what is required in a forensic investigation of possible torture. … is in complete violation of the internationally recognised Istanbul Protocol and should therefore be completely disregarded.”

Chisholm listed a range of failures, including the absence of details of the report’s author’s qualifications or independence, the presence of a police officer during the investigation, the absence of a lawyer during the investigation, the failure to document full details of Ramadan’s injuries, and the fact that “no causation is explored or rationale given for the injuries within the report and no attempt was made to obtain any elaboration from the individual concerned.” Chisholm said of the Bahraini authorities’ forensic report on Husain Moosa that, “there are clear violations of the Istanbul Protocol and compelling reasons to suspect that sufficient independence was lacking.” The Istanbul Protocol is the United Nations manual detailing best practices on the effective investigation and documentation of torture and other cruel, inhuman, or degrading treatment.

Ramadan’s wife, Zainab, told Human Rights Watch that her husband looked “pale, skinny, weak, and shaken” when she met with him at what she described as a strictly monitored visit approximately 10 days after his arrest on February 18, 2014. She said that after his transfer to Jau prison month after his arrest, he told his family that officers at the Criminal Investigations Directorate and Riffa police station tortured him to make him confess to his involvement in the bombing.

The trial court judgment says the case against the defendants “was also proven” in reports from the Crime Scene Division and Criminal Investigations Lab, but it cites no physical or other evidence linking any of the defendants to the bomb or to the two devices – a Nokia mobile phone and a remote control – that the judgments says “could have been used” to detonate the bomb.

On January 17, the UN Office of the High Commissioner for Human Rights said it was “appalled” by the January 15 execution of Sami Mushaima, Ali al-Singace, and Abbas al-Sameea, charged with the murder of three police officers, citing their alleged torture and the fact that “their lawyers were not given access to all the hearings against them nor allowed to cross-examine prosecution witnesses during court hearings.” France condemned the executions, while the UK and the European Union issued statements reiterating their opposition to the death penalty.

The UN Human Rights Committee, which interprets the International Covenant on Civil and Political Rights, which Bahrain has ratified, has said that “in cases of trials leading to the imposition of the death penalty scrupulous respect of the guarantees of fair trial is particularly important” and that any death penalty imposed after an unfair trial would be a violation of the right to life. Human Rights Watch opposes the death penalty in all circumstances because of its inherent cruelty.

On April 11, 2016, Tobias Ellwood, UK Foreign and Commonwealth Office minister for the Middle East and Africa, wrote in response to a question by UK Member of Parliament Tom Brake about Ramadan’s alleged torture that UK embassy officials had been in contact with Bahrain’s Interior Ministry ombudsman over the case, adding that the ombudsman’s office had said that, “whilst there have been a number of complaints raised with his office in the case of Mr. Ramadan, there have been no allegations of mistreatment or torture.”

On July 14, 2016, Ellwood acknowledged in a letter to Reprieve that this was incorrect and that there had been “some confusion over the nature of the complaints made to the Ombudsman.” He attached to his letter a June 15, 2016 memo from Bahraini Ombudsman Nawaf al-Ma’awda which states: “Given ongoing concerns, I plan to initiate a full, independent investigation into the treatment both Mohamed Ramadan and Hussain al-Moosa from the point of their arrest to throughout their detention.” On December 7, 2016, Ellwood informed Reprieve that the complaint had been passed to Bahrain’s Special Investigations Unit, which is responsible for investigating and prosecuting the criminal liability of security or other government officials allegedly involved in the torture or cruel, inhuman, or degrading treatment of detainees. It is unclear what stage the investigation is at. Based on information in the ombudsman’s three annual reports, it has referred 138 cases to the SIU since July 2013. Of these, the Special Investigations Unit has successfully prosecuted only one torture case.

“Investigations into torture should be conducted before trials not after them,” Stork said. “Similarly, the UK, France, Germany, and the EU should publicly condemn this unfair trial and oppose these sentences before Bahrain assembles its firing squad.”