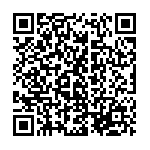 Oxfam welcomes the Commission's efforts to make taxation fairer and more effective in the EU, the fight against tax evasion and avoidance, and to close loopholes between EU countries and non-EU countries

The European Commission released its fourth package to combat tax evasion and tax avoidance. This corporate tax reform package notably includes a proposal to harmonize the tax base among EU 28 member states. Called the Common Consolidated Corporate Tax Base (CCCTB), it undoubtedly shows the willingness of the European Commission to remain a key stakeholder in the fight against tax-dodging, as member states compete on both the corporate tax base and the corporate tax rate.

“Oxfam supports the ongoing efforts of the European Commission to reopen discussions on tax base harmonization and to push ahead in the fight against tax avoidance. The complexity and dysfunctions of tax policies among countries are used like a loophole by multinationals, reducing their tax bills to a minimum. A common tax base, and later on a consolidated tax base, would simplify tax rules and prevent companies being able to shift their profits around, especially to tax havens» said Aurore Chardonnet, Oxfam International EU Policy Advisor on Inequality and Taxation.

«Despite some worrying new elements, the first phase of this tax base harmonization – the CCTB – would be an improvement to the current situation. But this will not address the tax race to the bottom and could even increase the ongoing tax rate competition if both issues are not tackled simultaneously. That is why Oxfam is asking the Council of Finance Ministers [ECOFIN] to come up with objective criteria to set an effective and coherent list of tax havens that includes countermeasures. The agency also requests the European Commission to propose ways to combat harmful tax practices.Tax discrepancies among member states seem so high now that the EU might need years to agree on this new package. Regardless, Oxfam urges EU institutions and EU governments to act swiftly» she added.