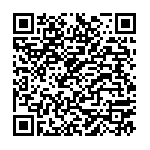 Tackling food wastage and poverty with one app. Italian NGO launches crowdfunding campaign for Social Food: the app that connects producers in the fields with volunteers to bring wasted produce directly to those that need it most.

According to the Food and Agriculture Organization (FAO), 1/3 of all food produced globally goes to waste.

54% of it goes to waste during the production phase, and 46% during the transformation, distribution and consumption phase.

Food wastage is also a cause of global warming. In 2011, in Europe food wastage represented 16% of all causes of pollution in EU member states.

How to interrupt this vicious cycle?

Italian NGO LVIA is trying to do just this.

By creating the app Social Food, LVIA want to create a relationship between producers and volunteers who will go directly to the fields to gather the food that would otherwise go to waste: either because it is not profitable enough on the market, or because it does not appeal to esthetic standards.

The food will then be distributed to those who cannot afford even a meal a day. By doing so, they tackle two problems at once: food wastage, and hunger amongst the poor.

In an example of best practice, the NGO has created a crowdfunding campaign, aiming to raise 10,000 euro to realise the project.