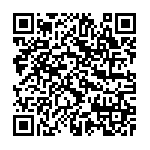 A new generation of trade deals being negotiated behind closed doors will make any privatisation of public services effectively irreversible in future.

Public services in the EU are under threat from transatlantic trade agreements that could endanger citizens’ rights to basic services like water, health, and energy for the sake of corporate profits, according to a new report "Public Services Under Attack" released by an international group of NGOs and trade unions.
The study shows how the EU’s CETA deal with Canada, and the TTIP under negotiation with the United States, could lock public utilities into irreversible commercialisation and remove governments` ability to regulate services.

Exposing systemic collusion between big business and European Commission officials in drawing up CETA and TTIP, the report shows how negotiators are doing the work of the EU’s most powerful corporate lobby groups in pushing an aggressive corporate agenda of far-reaching market opening in the public sector.

Pia Eberhardt, researcher and campaigner with lobby watchdog Corporate Europe Observatory:«Corporate lobby groups have their fingerprints all over CETA and a similarly dangerous agenda is being pursued in the ongoing TTIP talks. The consequences include proposals for excessive investor rights which mean corporations could sue governments for regulations that affect their profits, potentially leading to multi-billion Euro payouts in compensation. Citizens must come together to stop this.»

Jan Willem Goudriaan, general Secretary of the European Federation of Public Service Unions (EPSU):«The corporate sector is pushing an agenda that threatens citizens and workers as a vast array of public services are set to be subject to liberalisation under the provisions of these agreements. What is at stake is our right to vital services, and the ability of public services to function in the public interest.»