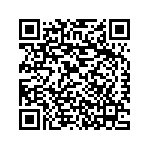 All eyes are now on the refugee crisis hitting Europe from the Mediterranean and the Balkan route, but what about the backstory in Africa, before the refugees and migrants hit the seas? Given that in 2050, Africa’s population is expected to reach 2 billion, the rising migratory flux from sub-Saharan Africa is not receiving the media attention it deserves.

Sitting on a concrete platform in front of the International Organization for Migration (IOM) headquarters in the Nigerien capital Niamey, a group of migrants, staring at the front door of the building, wait with the hope of being invited for an interview. “They just arrived. They are here to see if the IOM can help them. They each have a 10-minute interview, after which we decide if we can take on the candidate or not. But the humanitarian assistance provided by our office only concerns those that are vulnerable; i.e. returned, unsuccessful or voluntary migrants in transit to Niger,” explains Paloma Casaseca, head of the Media and Communication program in the IOM’s Niger office.

Those that benefit from the precious help are housed, fed, treated and granted various types of aid at the transit and assistance centre based in Niamey, which has the capacity to welcome around 40 people. The centre is one of four in Niger.

“The assistance is short-term. It is rarely longer than 3 days except in extreme cases, just the time required to work out the transit formalities and travel documents. The aid includes the reception, profiling, temporary housing, food aid, medical care, psychosocial support, non-food aid and assistance with a voluntary return to their countries and cities of origin with adequate security and protection,”

She states that the services currently offered by the transit and assistance centres should be increased, and that mechanisms must be put in place to allow migrants to be better informed, “to know how to migrate safely, what are the alternatives in the destination countries, etc. We are regularly in discussion with the EU over these issues,” she said.

Approaches to migrant support are numerous, but one recently gaining ground is the repatriation of migrants to their home countries. Casaseca says that the IOM has been looking into helping migrants reintegrate, but that the extent of their support depends directly on funds available. Their newest project, co-launched with the EU this month, will fund repatriation at an experimental centre in Agadez, a city northeast of Niamey that serves as the main gateway for migrants to the vast Ténéré desert. The centre will allot 1,000 euros to each migrant that establishes a small business in his or her native country, usually in West Africa, with the hope of improving economic prospects and discouraging future migration. The director of the IOM’s Niger team Giuseppe Loprete is leading the project, and the beneficiaries will then adapt it to their needs. With a 1.5 million euro budget, the initiative expects to sustain nearly 100 repatriates and tap into an already-existing network of micro finance and professional development programs. In contrast, the EU spends on average 25,000 euros per migrant per year in humanitarian aid.

Niger has long been a country of departure and of transit, registering several tens of thousands of migrants on their way to Libya and Algeria each year. Many wish to make it to Europe. According to the Nigerien Ministry of the Interior’s statistics, between 40,000 and 80,000 migrants have passed through Niger in previous years. In 2015, Nigerien authorities’ estimations show that between 80,000 and 120,000 will cross the country.

For Casaseca, these figures are not far from the reality when one looks at the number of returned immigrants who are welcomed at the IOM’s transit and assistance centres.

“We do not have the figures concerning departures, but the number of returned migrants who come through our centres corresponds with the government’s estimations. In 2014, between January and December, we registered around 3,949 migrants in our centres in Dirkou, Arlit and Agadez"

The flow of migration seems to be on the rise this year; an estimated 2,500 migrants pass Agadez every week.

Besides the Nigeriens whose final destination is Libya or Algeria, the other migrants are West and Central African nationals, notably Senegalese, Gambian, Ghanaian, Malian, Ivorian, Burkinabe, Cameroonian, Central African, Congolese, etc., according to the 2014 profiling report carried out by the IOM. “In order to get to Libya or Algeria, they pass through Niamey, which acts as an entry point to the country. They continue their journey through Konni, Tahoua to get to Agadez,” reports Casaseca, referring in particular to accounts provided by returned migrants.

“From Agadez, those going to Libya then take the Bilma – Dirkou – Séguidine – Madama route, while those headed for Algeria go by Arlit in order to get to Tamanrasset,” she explains. At this stage, the migrants may stay for weeks or even months before the perilous test of crossing the desert, organised by networks of smugglers and traffickers. The traffickers run ghettos to house migrants in Agadez or other locations on the route, stripping away the last savings of migrants who still have money. According to a field report by the Nigerien High Authority in the fight against corruption and related offences (Halcia), elements of the defence and security forces systematically extort foreign travellers at regional checkpoints.

But these extortions, the physical and psychological violence as well the threat of death in the middle of the desert are not a discouragement for these migrants leaving for Libya or Algeria. In October 2013, 92 Nigerien migrants, mostly women and children en route to Algeria, died from hunger and thirst after their vehicle broke down a dozen kilometres from the Algerian border. Following this tragedy, Niamey immediately ordered that the traffickers be tracked down and the ghettos in Agadez be demolished.

“However, the highly lucrative illegal activity quickly restarted as soon as the hype passed,”

“This law aims to protect migrants. The trafficking of migrants is a transnational offence, and as such, we must create a judicial framework between states of departure, transit, and destination. This would allow us to sign agreements with Libya, Algeria, Nigeria, and with all the neighbouring countries so that we can control irregular migration,”

For her, this new instrument is not against regular migration—which is beneficial for the migrant as well as the destination and departure countries—but is instead against irregular migration, which constitutes a real danger. “With illegal trafficking, there are certain individuals, the traffickers, who live off the misery of thousands of people by giving them hope of reaching Europe while bringing them to their death in the desert or on the sea. For us, it is about saving human lives,” stressed Gazobi, outlining the sanctions laid out by the law against traffickers. “The law contains very heavy fines of 3 to 30 million CFA francs and prison sentences from 2 to 30 years for offenders, whether they be drivers, smugglers or law enforcement officials.

As a signatory country to the Palermo Convention, its three additional protocols, and several other United Nations instruments on human and illegal trafficking, Niger has implemented several projects that combat irregular migration in collaboration with its partners including the European Union and the IOM. These initiatives include the “Across Sahara” project, which aims to reduce migration flow through the Sahara, especially on the border regions between Niger and Libya. Another such example is the “AENEAS” project, put in place by France to computerise and establish a satellite connection in certain border posts. Yet despite these measures, the migration flows towards Libya and Algeria via Agadez have not been reduced.

For Massoudou Hassoumi, the Nigerien minister of the interior, only urgent and continued cooperation between Niger and Europe will stop the migrant flows in Agadez. Consequently, “we expect that common steps are taken and decisions made, in particular with regards to the transit centre in Agadez. We must create welcome centres, provide the police with the means to control these migration flows and create the conditions for the return of these migrants,” stressed Hassoumi at a small conclave between the Sahel and Maghreb countries and the EU, which was organised on the side-lines of a high-level meeting of the Sahel G5 countries held between in May in Niamey. Two months later, the IOM organized a follow-up meeting at another Sahel G5 meeting funded by Japan. The representatives discussed region-specific strategies for border management and coordination of financial, technical and governmental actors.

The participants unanimously agreed that the flows must be stopped to put an end to the slaughter on the Mediterranean. In a message of condolence following the sinking of a trawler off the coast of Libya this April, Nigerien President Issoufou Mahamadou saw the need to call out the international community on the need to act “to stop for good this dark spiral.”

“Niger is convinced that the measures of repression and restriction will only produce their desired effect if they are accompanied by durable economic and social development in the origin countries, along with the free circulation of goods and the opening up of the jobs market,”

Bernard Cazeneuve, the French minister of the interior, supported the idea of opening centres in transit countries to help deal with the migrants. “This would allow us to distinguish within the transit countries between those that leave for political reasons, in need of asylum and protection by EU countries, and those leaving as irregular economic migrants, in need of assistance to stay in their home countries through integration programs, economic and business development,” he advised.

The Italian government also agrees on the importance of establishing cooperation schemes with transit countries. In this light, it has sent a delegation to Niger to discuss its support of opening an identification centre in Agadez to start operating at the end of the current year or beginning of the next, as confirmed by Marou Amadou, Niger’s Ministry of Justice during a press conference in Rome. “The migration crisis cannot be resolved by Niger and Italy only; all European and African states must cooperate. Closing borders is not the answer. Europe cannot do that, as it would only increase illegal migration and human trafficking.”