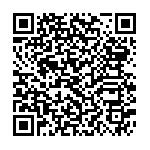 Interview with the rapporteur of the EESC own-initiative opinion on "The rule of law and its impact on economic growth." A fundamental EU value, “the rule of law is instrumental for the functioning of society, fundamental rights, civil society, as well as the economy." (..) “Investments crucially depend on having stable and reliably and impartially enforced common rules. Strengthening the rule of law by promoting reforms in areas such as effective justice systems and the fight against corruption would also reinforce the competitiveness and sustainability of the economy,”explains Jukka Ahtela

The rule of law is a necessary condition for a sustainable market economy. This is the key point of the opinion of the European Economic and Social Committee (own-initiative opinion), titled The rule of law and its impact on economic growth.

As the opinion reads: “The rule of law is one of the values on which the European Union is built (art 2 TEU) and is a precondition for achieving the other values that the Union aims to promote."And it is at the core of the democratic system of all Member States. However the rule of law and democracy have come under pressure recently both within and outside the EU.

“This development is worrisome," continues the opinion, “as it has the potential to undermine respect for fundamental rights- as well as the other values set out in Article 2 TEU”, that mentions the fundamental values of the EU, such as democracy, freedom, equality and respect for human rights.

The opinion underlines as this pressure, this weakening of the rule of law influences the functioning of society, fundamental rights, civil society, as well as the economy.

Yukka Ahtela, rapporteur of the opinion, speaks to Vita about this. A member of the EESC, Ahtela is a jurist as well as Chairman of the Board of Ahtela Consulting Oy, and has a long career at the Confederation of Finnish Industries EK. Among his competences: labour market policies, dispute settlement and conciliation, corporate legal affairs, European affairs, trade policy and international affairs.

How can rule of law contribute to sustainable growth?
In this opinion the Committee is proposing to put more focus on the economic impact of the rule of law. This is a topic on which you can find research and data at global level but not so much at EU- level. Although rule of law is a value in itself, we need to remember that the rule of law is also instrumental for the functioning of society, fundamental rights, civil society, as well as the economy. Therefore, we believe that more attention should be brought on the economic aspects. To further illustrate this, let me quote Francis Fukuyama: “Poor countries are poor not because they lack resources, but because they lack effective political institutions." We should not forget that we all sit in the same boat, and leaks created in certain member states risk sinking us all. ​

What are the key points of the opinion?
Essentially, what we emphasise is that no policy measures should go against the rule of law and they cannot endanger democracy, the separation of powers and the fundamental rights of European citizens. The Single Market cannot thrive without the respect for the rule of law and independent courts in all Member States, as it is a precondition for the mutual trust that is essential for the well-functioning of the internal market. The rule of law is a key component of the business environment. Investments crucially depend on having stable and reliably and impartially enforced common rules. Strengthening the rule of law by promoting reforms in areas such as effective justice systems and the fight against corruption would also reinforce the competitiveness and sustainability of the economy. This is why we say that the rule of law also needs to be a more prevalent element in the European Semester, which, at its origin, is a macro-economic governance tool, but increasingly includes social and sustainability elements.

What is your view of the graph above?
I find it worrying that negative trends continue. Over the last years, we have observed mounting attacks on the independence of the judiciary in some EU Member States, to a point that it is now the very unity of the EU legal order that is at stake. Concretely, we are already in a situation where EU arrest warrants are not enforced due to concerns that defendants will not receive a fair trial due to rule of law concerns. This affects mutual trust, which is at the heart of the EU project, and which guarantees the single market as much as citizens' rights. However, I am optimistic that there is a stronger willingness to address this in EU institutions now. I see it as an excellent development that the Commission is now launching an annual rule of law report assessing the situation in all member states, and we are committed to stimulate contributions from the European civil society. The Committee has called for the tools at the EU`s disposal to be enhanced to counter backsliding with regard to fundamental EU values. On top of existing tools such as article 7 TEU, new Rule of Law Mechanism or European Semester we don't ́t need new instruments, it's just about more effective use of the existing tools with stronger focus on economic considerations.

What is the impact of Covid-19 pandemic on human rights, democracy and the rule of law?
The COVID-19 pandemic and the economic downturn as a result of it makes this topic even more timely. In times of crisis, governments and citizens will easily be tempted to sacrifice essential values in exchange for promises of wealth or security. As the EESC has stated before, while the response to the current crisis needs to be swift and warrant certain exceptional and time-limited measures, these cannot go against the rule of law and cannot endanger democracy, the separation of powers and the fundamental rights of European citizens.

What are the weaknesses of the rule of law in Europe, as regards the certainty of the sentence, justice systems and economic activities?
My experience based on the EESC country visits and the information compiled by the EC is that one of the weaknesses of the judiciary systems is the justice delayed: judiciary processes take too much time. This is felt by the businesses as well as by ordinary citizens. The reasons behind this are manifold but it seems that the scarce resources of courts are a problem in many countries. What is really worrisome in many Member States is the fact that citizens do not trust judiciary systems. This is particularly the case, when justice systems are marred by appointment of judges perceived to be linked to political parties and or the government. This is something that stresses the need to highlight the importance of rule of law for everybody in every Member State.

The EESC opinion can be downloaded at this link