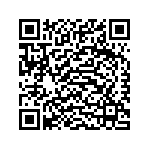 Screen films thanks to the energy produced by a bike… It is the idea of French Vincent Hanrion, 31 years old. He shows short films on the environment, on international solidarity or new farming techniques in the most remote places in the world, where electrical energy is not at disposal. Cinécyclo is an itinerant cinema and it is electrically autonomous. In order to generate the energy of the video projector, it is necessary to ride a bike. The public is invited to ride to make the video projector go.

Hanrion started his project Cinécyclo by riding a bike for 6 months in Senegal to offer cinema sessions to villages without electricity. From November 2015 to June 2016 he rode his bike for 3000 km, realising 100 projections and involving 11,000 people thanks to his bike equipped with a power unit…

Coming back from Senegal Hanrion founded in France the association Cinécyclo to equip this project with a juridical framework by involving the numerous people who wanted to join in.

Since then Hanrion rides the streets of France to tell his own story and present his project Cinécyclo.

During summer 2016 Hanrion went on a tour in his region of origin, Bourgogne. Other volunteers did a Cinécyclo Tour Panamericana: 10 months across North and South America and nearly 15,000 km covered.
“Beyond the sportive challenge”, you can read on the website of Cinecyclo, “our project was based on altruistic values, as the idea was first of all to make a cinema that is autonomous from an energetic point of view and a look on the environment travel with us”

“The Cinécyclo Tours contribute to the local development of rural areas thanks to the help of different partners”, you can read on the website of Cinécyclo. “ Through the spreading of films on the conservation of the environment or on new farming techniques in local languages, through the organisation of thematic workshops, our travels try to improve the daily life of the inhabitants of the villages”.

As of now the association Cinécyclo intervenes in Africa, Europe and America. Our wish is to make discover other cultures, encourage sportive and solidarity dynamics, fight xenophobia and racism”.