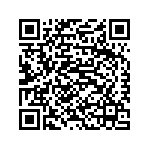 Against the increasing number of homeless women, the Samu Social of Paris launches the awareness campaign and donations website #LaRueAvecElles

In 2016, in the French capital, 5391 women called at least once Paris’ number 115 (115 is an urgency number of Samusocial to be used only by who is without the possibility of having an accommodation at the moment of the call): a number which has increased by 66% over the last 10 years-as you can read on paris.fr.

Against the increasing number of homeless women, the Samu Social of Paris launches the awareness campaign and donations website #LaRueAvecElles on women, against exclusion.

Samusocial is a professional approach of fight against big exclusion. It has the aim to bring in every moment, night and day, an assistance to homeless people and to look for the most adapted answer to the needs that they express.

As it happens for all types of public, the paths that can bring women on the streets are different. In 2015, 30,1% of those who called Paris’ number 115 declared they were facing an urgent situation following expulsion by a third party, 10% due to family reasons.

Every day, 3 out of 4 lonely women don’t find an accommodation

Between 2006 and 2016, the rate of positive answer to the urgency number has decreased from 72% to 23% due to the lack of specific places and not adapted structures, as an increasing number of women calls number 115, as you can read on paris.fr.

To understand the path that can bring women on the streets, the particular difficulties that they encounter, visit the page #LaRueAvecElles.