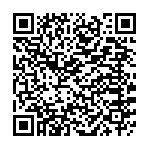 Le Projet Imagine in an NGO that, through videos and documentaries, highlights stories of anonymous heroes, people who act in the shade and do extraordinary things for those who are around them. The aim? Inspire and move to action. The ngo has consultative statute at the UN Economic and Social Council.

Faced to a world of images that confront us daily with violence, fear, cynicism, Le Projet Imagine wants us to be aware of the necessity to save not the world, but the beauty of the world.

Le Projet Imagine is an NGO that produces short, medium-length and full-feature films that are inspirational and move people to take action. "With a resolutely forward-looking spirit, its films show the urgency to seize the subjects ourselves, to reclaim our lives, our destinies and to act where we are, with our skills, our means", as reads the Facebook page of the NGO.
Le Projet Imagine is an NGO with special consultative statute at the UN Economic and Social Council.

The ambition of the project is to spread these films in the media of all over the world, inviting to be part of the Image Movement all those who, inspired by the messages of the project, want to move to action and act for a fairer world. Because “action is born from inspiration”.

Le Projet Imagine was born in 2010 on the initiative of the journalist Frédérique Bedos, who explains: “Le Projet Imagine wants to put the spotlight on those who I call the anonymous heroes, people of whom we speak very rarely and who do incredible things in the shade for those who surround them.

Bedos comments: “ As soon as we start to consider this subject we realise that whether it is the anonymous heroes, or people to whom we give our hand, it is always about us”. Bedos has learnt this value of love from her parents, who have adopted 18 children, among whom her as well. “Speaking of love in the media is quite rare, especially if it’s not about tear-jerker stories”.

The films feature portraits of anonymous heroes, of Grandes Ames (exceptional people of our time, whose stories have to be communicated to younger generations) and stars (happy to participate by showing some moments of fragility they had).

“Le Projet Imagine is focused on action, that action which is life-changing, and refuses defeatism that would like us to believe that the world is rotten, that we are all screwed…”. Bedos continues: “ It is a serious issue and the challenge is enormous. It is for this reason that it is important to have discussions with philosophers, sociologists, politicians, who speak for our project”.

“Le Projet Imagine is also a series of witnesses, homage of personalities coming from various world, like music, cinema, cooking, sport… All of them are recognised for their degree of excellence in their own field of expertise, and they share with us a moment of their lives during which they have found themselves on the other side of the barricade and fortunately someone has given them a hand”, comments Bedos.
This sharing allows to spread a unique, powerful message: we are all fragile human beings and we all need each other.