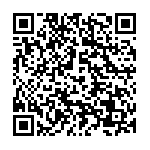 On March 28, 2017, the 9th Judge of Judicial Guarantees of Bogotá declined to carry out a hearing to charge 12 soldiers for the murder and enforced disappearance of two men and a boy in 2008, as reads a Human Rights Watch news release. This sets a worrying precedent, 33 Colombian and international human rights groups said.

(Bogotá, D.C.) – Colombian judicial authorities’ decision effectively suspending a closely watched murder and enforced disappearance prosecution of soldiers sets a worrying precedent, 33 Colombian and international human rights groups said today, as reads a Human Rights Watch news release. A higher court with the power to overturn this decision should carefully consider the wider damage it could do to efforts to hold those responsible for serious human rights violations to account.

On March 28, 2017, the 9th Judge of Judicial Guarantees of Bogotá declined to carry out a hearing to charge 12 soldiers, including Colonel Gabriel de Jesús Amado Rincón, for the murder and enforced disappearance of two men and a boy in 2008. The judge ruled that the Special Jurisdiction for Peace (SJP), a judicial system created as part of the peace talks with the Revolutionary Armed Forces of Colombia (FARC), would have jurisdiction to hear the case. However, that system has yet to become operational, and it is unclear when it will. The court said that the Superior Judicial Council (Consejo Superior de la Judicatura), one of the country’s higher courts, could decide which court has jurisdiction over the case.

Nothing in Colombian law or in the peace accord indicates that the authorities can or should suspend prosecutions against soldiers allegedly responsible for atrocities.

On February 2008, the three victims – Daniel Alexander Martínez, 21; Diego Armando Marín Giraldo, 21; and Estiben Valencia Sanabria, 16 – were lured from Soacha, a Bogotá suburb, to the rural areas of the northeastern municipality of Ocaña, more than 600 kilometers away, where they were murdered by army troops and reported as enemies killed in combat. The killings, as well as those of other young men and teenagers around the same time, are known in Colombia as the “Soacha cases.” Revelations about the cases forced the government to take steps – including dismissing 27 army officers – to curb systematic killings by the army.

The Soacha cases and other army killings that came to be known as “false positives” were committed between 2002 and 2008. During that period, brigades throughout Colombia killed thousands of civilians to increase the numbers they reported as enemies killed in combat. The March 28 ruling came nine years after the crimes, at the first hearing of a case in which soldiers allegedly responsible for these three killings might have been charged.

The ruling sets a worrying precedent that could allow Colombia to violate its duty to investigate, prosecute, and punish serious human rights violations without undue delay, the rights groups said. The groups also welcomed the April 3 ruling that convicted 21 soldiers for another Soacha case.

The ruling undermines and appears to be inconsistent with key provisions of the November 24, 2016 peace agreement between the Colombian government and FARC. Under the accord, the SJP would handle abuses by state agents that are related to the armed conflict. The agreement provides that the special jurisdiction – not regular Colombian judges – should determine which cases are related to the conflict. It also provides that the Attorney General’s Office will continue investigations until the special jurisdiction requests its reports on the crimes. On March 29, 2017, the Attorney General’s Office expressed its disagreement with the ruling, saying that the crimes were not related to the armed conflict. To the extent this reasoning holds, it would mean that the SJP might well ultimately decline to take up this prosecution at all.

By trying to transfer the case to a jurisdiction that is not yet functioning, authorities suspended the prosecution for an undetermined period, the human rights groups said.

This apparently opportunistic use of the SJP to allow those responsible of atrocities to evade justice severely undermines prospects for a just and durable peace, human rights groups said.

The following groups expressed their concern about the ruling: