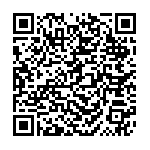 The Mount St Vincent of Seattle welcomes under the same roof a nursing home for elderly people with 400 guests and a kindergarten with 125 children under the age of 5. The building hosts a centre for intergenerational learning that has won numerous awards.

What happens when you put under the same roof a nursing home for elderly people with 400 guests and a kindergarten of 125 children under 5 years old? Amazing things happen, like in Providence Mount St vincent in Seattle, that hosts a centre for intergenerational learning that has won many prestigious awards , where the children learn also from the contact with elderly people. For five days a week children and elderly people stay together and practice a series of activities, from playing to dance, to lunches.

The contact between different generations benefits the elderly residents. Some studies have shown that interactions between different generations can lower mental decline in the elderly. It can also lower their blood pressure and reduce the risk of illness. The benefits are not only for the elderly residents, but also for children who learn to interact with people who are two or three generations older, and lowers the fear of elderly people. Children learn to become part of an extended family and to receive unconditional and illimitate love and attention.

As explained in a video of the World Economic Forum (https://www.facebook.com/worldeconomicforum/videos/10154162043261479/) , this avant-garde centre “is part of a scheme to encourage interaction between generations. The staff wanted to create a house where people come to live, not to die. Children break the cycle of loneliness and boredom common in care homes”.
And adds: "The idea of combined centres for children and the elderly began in Japan in the 1970s". There are now intergenerational centres like that of Providence Mount St Vincent across Japan and the United States, to arrive then to Italy.