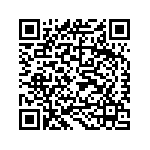 A boat full of migrants arrives on the shores of the Calabrian village of Riace, historic place of migration. The little town welcomes the migrants, who are seen as a resource, not as a threaten. This is the story told in the documentary "Un paese di Calabria" (“ A village of Calabria”).

A boat full of migrants arrives on the shores of Riace, Italy, in the southern region of Calabria. Riace is a village emptied by migration, and the inhabitants of the village decide to welcome the migrants. This is the story told by “Un paese di Calabria” (“A village of Calabria”), realised by two directors, Caterina Catella and Shu Aiello, who are descendants of Italians migrated to France.

The inhabitants of the small village from Calabria welcome the arrival of these refugees coming from Africa and the middle East. The migrant families give new life to the village, allowing the reopening of the council school and many shops.

While once Riace was a land of migration, today it is the opposite: those who escape from war and poverty arrive on the coasts and are a hope for the village to thrive again.

There is a cultural exchange because the newcomers speak to local people about their cultures, as well as people from Calabria do with migrants. The migrants speak also about the dramatic stories of the boats in the sea.

“The story of this film is the story of all migrants, and it does not start today, because migrants have always existed”, says Caterina Catella, co- director of the film in an interview.
Catella comments: “In Riace there is not only a humanitarian project, but also a project aimed at developing the village. Planning together with the migrants to make the village, a dilapidated, abandoned place, live again, is a collective project, that was done by the people of the village together with the migrants”.

"Un paese di Calabria" is therefore the “story of an administration and a citizenship that were able to look far away, making welcoming refugees and integrating them a mission. It is a story made of people, of relocated lives and popular devotion, political commitment and fight against ‘ndrangheta, the Calabrian mafia. The film is the story of a brave transformation guided by a principle: nobody saves himself alone”.

Un paese di Calabria, by Shu Aiello and Catherine Catella, has been sreeening in France since the 8th of February. The film has won the Buyens-Chagoll award during the Festival Visions du Réel 2016, Nyon, Switzerland.