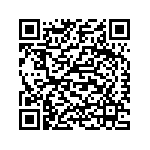 While the first decisions of President Trump shake the achievements’ of the environmentalist movements and threaten women’s rights, civil society sees an outburst in activism and participation

It’s been a busy first week in office for Donald Trump, who seems determined to show the world that a new change has come to America. Health care, abortion, housing, migration and climate change have been the first targets of the new President.

As a matter of fact, while the announcement of the executive order to build a Mexican border has made front page in papers all over the world, as a flagship declaration of the country’s new approach to migration policies, the President’s decision to clear the way for two major oil pipelines has been received by environmentalists as a clear sign that this administration could represent a huge setback for any achievement that has been made so far in terms of sustainability. Environmentalists and, more in general, climate change believers, were not the only ones who expressed worries about the beginning of the Trump era. On Monday, Mr Trump modified or reversed the Obama’s administration’s policies on healthcare, abortion and housing. In particular Mr Trump reinstated a policy developed by President Reagan, that prohibits the granting of US foreign aid to health providers who discuss abortion and, according to the New York Times, it also froze the funding to NGOs working in development countries that offer abortion counseling and advocate for women’s reproductive health rights.

If the new administration’s policies have been received with great concern by civil rights groups, it is exactly this hard line government’s approach that could represent a new renaissance for activism, participation and civil society in America. Last October, just a few weeks before the elections, on Foreign Policy, Chistina Asquith and Valerie Hudson, anticipated that Donald Trump’s misogyny could have a galvanizing power on the feminist movement, like no other political issue, and the Women’s March with its over 2 millions participants around the world, proved how right their forecast was.

However last Sunday’s March was not the only expression of dissent toward the new government.

At the end of the year, The Guardian registered an increase in private donations to progressive nonprofits in the US. From small community organisations to large groups like Planned Parenthood, NGOs have declared that they registered a surge in donations, with many citizens who decided to donate to a cause they felt close rather than the usual gift-exchange.

According to Mark Wier, the American Civil Liberty Union’s chief development officer, “It is unprecedented in our history”, the organisation raised $7.2 million in the five days after the elections, while, in the same amount of time, after the 2012 presidential election, the ACLU received $27,806.

A key role in this charity wave, has been played by celebrities. Last November, in his show, John Oliver mentioned the LGBT support group, Trevor Project, as one of the organizations that people should consider donating to, in the aftermath of the elections. Comedian and Tv host Chelsea Handler who was among the organizer of the Women’s March in Salt lake City, during the Sundance Film Festival, announced her support for Planned Parenthood, together with her celebrity friends, Charlize Theron and Mary McCormack, while at the March in Washington, filmmaker Michael Moore urged the crowd of participants to make their activism a part of their daily life: "Join every group," Mr. Moore said. "Let’s make these groups huge." Actress Scarlett Johansson, launched a similar call.