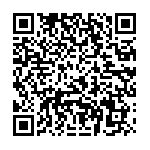 Published by the Mercy Corps and Norwegian Refugee Council, a new study explores the needs and vulnerabilities of the estimated 18,000 young women and men who are stranded in the Greek limbo

It’s called Don’t forget us the study published by the Mercy Corps and Norwegian Refugee Council which explores the needs and vulnerabilities of the estimated 18,000 young women and men between 15 to 24 who are stranded in Greece.

Following a series of 17 focus group discussions conducted by the two organisations with 120 teenagers and youth from 11 different countries residing on Greek islands and mainland sites.

“We are bored of our empty time. I would like to learn a language and then help others,” one young man told the researchers. “Even if I have no salary I will participate and I will support. Just let our time be full with something.” In addition to expressing the desire to use their time productively, youth also reported fears about safety and violence against women and children, and expressed concern over a lack of healthcare.

“These young men and women are among the thousands who risked their lives to find safety in Europe, but have now been living in Greece for months, often in terrible conditions,” says NRC Greece Country Director Gianmaria Pinto. “Unable to access vocational and higher education, hostage to a complex policy environment, and with little voice, these young people are at risk of being left behind.”

The report puts forward key recommendations for the government of Greece, international organisations and donors.

Mercy Corps and NRC also found that male and female youth have different opportunities and concerns, reflecting the diversity of their backgrounds and unique experiences during this period of intense stress.

Assessment teams found that while young women often appeared to have social support networks around them such as family members or other women, young men tended to be more isolated and were not reaching out to each other for solace and support.

“At a time when youth are experiencing intense stress characterised by their change from child to adult, being far from home and the uncertainty of their position and future prospects, providing the right support to this often overlooked demographic is critical.” says Alan Glasgow, Director of Mercy Corps’ European Migration Response. “We must invest in their overall well-being and provide opportunities for civic, educational and economic integration.”