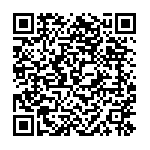 Europe is facing enormous economic, social and environmental challenges and needs pragmatic and innovative solutions to address them. Social enterprises are effective vehicles to develop and deliver business models that have a social mission at its core. The GECES report launched totady, proposes a European Action Plan for the Social Economy and Social Enterprises, putting forward a series of 13 recommendations for concrete actions, addressed to private and public, national, local and European stakeholders. It is structured around four thematic areas:

1. Towards Increased Visibility, Recognition and Identity

Of particular relevance to EVPA members, the area of access to funding specifically addresses the needs of social enterprises, in terms of capacity building, financing as well as infrastructure, while also looking at mechanisms encouraging more public funding and mobilising private funding.

The GECES report was unanimously endorsed on the 14th of October, and officially presented on the occasion of the two-day International conference on Social Economy organised under the auspices of the Slovak Presidency of the EU Council, closing today in Bratislava. The conference, gathering more than 200 participants, saw the participation of two European Commissioners and a number of European Ministers and Secretaries of State.

The adoption of the GECES Report is a major signal of the importance of social entrepreneurship for the social and economic fabric of Europe. It also relaunches the political impetus initiated by the Social Business Initiative adopted by European Commission in 2011.

After more than a year of preparation, which involved a number of EVPA Members, this Report is a call for action to stimulate social entrepreneurship, issued to the European Commission, member states as well as social enterprises organisations. According to Dr. Lisa Hehenberger, policy advisor to EVPA, lecturer at ESADE and a member of the GECES since 2012, “EVPA has played an important role in developing the GECES recommendations through the members involved, but also through EVPA’s accumulated data and knowledge that have been key inputs in the process. Dr. Hehenberger was the rapporteur of the working group on Improving Access to Funding.