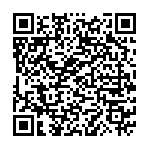 Leaders in Brussels must provide CAR with the support it needs to not only address immediate humanitarian concerns, but also to break the decades-long cycle of conflict with locally owned capacity, writes Friederike Röder.

Plagued by poverty, instability, and ethno-religious tension, the Central African Republic has been trapped in cycles of conflict and civil war for decades. Since the outbreak of civil war in 2012, the country has plunged into one of the world’s worst humanitarian disasters, witnessing widespread violence, human rights abuses, and horrific attacks on civilians.

Today, CAR is at a crossroads. Following a successful political transition and peaceful elections in December 2015 and May 2016, the country may finally be on a path to emerge from its darkest chapter in history. At the Brussels-CAR Donors Conference, national ministers, EU leaders, and international organizations are meeting to mobilize support for a 5-year National Plan for Recovery and Peacebuilding, which is based on three pillars of promoting economic growth, supporting repatriation and security, and renewing public administration and governance.

But like Mali, Burundi, and many other fragile states, CAR is no stranger to failed peace agreements, and the situation on the ground remains extremely delicate and volatile. The success of the plan will largely be dependent on the new government’s will to address the systemic drivers of fragility, and the international community’s dedication to comprehensively supporting the costs. Both have fallen short in the past.

Despite CAR’s enormous humanitarian needs and perilous security situation, it has remained one of the world’s most neglected protracted crises for decades. Despite widespread food insecurity, malnutrition and disease, international donors have only funded 55% of humanitarian appeals over the past six years. Today, more than half the population, 2.3 million people, are in need of dire humanitarian assistance, and the current appeal has only been funded 32.2%.

The situation in the CAR is largely symptomatic of a broader pattern of donors’ failure to address long-term security and development concerns in fragile states. Only 4% of ODA to fragile states is allocated to peace and statebuilding goals, 3% for justice, and just 1.4% is spent on security sector reform. Resource flows are often unpredictable and insufficiently tracked, diminishing both accountability and efficiency.

CAR is indicative of many of the difficult challenges faced by fragile states. Corruption, resource competition, youth unemployment, and weak institutions have stressed the state’s limited capacity to resolve problems, undermining its authority and legitimacy. Lack of accountability and transparency within security and justice institutions creates a culture of impunity, where abuses go unpunished. National development gains are repeatedly erased by conflict, sometimes by up to 20 years.

The $3 billion 5-year plan, which prioritizes social cohesion, transitional justice, and economic recovery, is a pivotal opportunity for international donors and the national government to comprehensively approach these challenges with a new level of ambition that will place the country on a path to recovery.
It is essential that leaders gathering in Brussels step-up and provide CAR with the support it needs to not only address immediate humanitarian concerns, but also to break the decades-long cycle of conflict with locally owned capacity.
Current efforts in CAR are insufficient, and only a radically scaled approach will prevent the next conflict before it’s too late.

Friederike Röder, Project Director for Global Stability and Development at ONE.