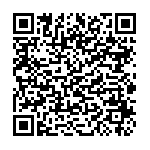 In an interview with ‘Vita’, the leading Italian non-profit magazine coming out on 9 September, Italian Prime Minister Matteo Renzi announced new measures to tackle poverty and take slot machines out of commercial businesses

“The vision that inspires all government action, and even more so after the earthquake, is to do all we can to increase social capital in our country,” remarked Italian Prime Minister Matteo Renzi in an interview to be published in the next issue of ‘Vita’, the leading Italian non-profit magazine coming out on 9 September.

Renzi outlined how the work focusing on social issues which has been carried out by the government and parliament over the past two years has already developed 20 measures and how ‘Casa Italia’ – the nationwide redevelopment plan announced in the aftermath of the earthquake – will mark a further milestone in the government’s work. Other measures include reform of the services industry, social enterprise reform, civil service reform, the ‘Dopo di Noi’ – aimed at promoting access to services for disabled people who do not have the support of their families – the suburbs fund, anti-poverty measures, the law on autism and civil unions etc.

The process will be stepped up over the coming months: “We will invest all resources required for ‘Casa Italia’ with the stability law and will ask Europe for flexibility.”

The Italian Prime Minister also gave reassurances over the sources of the funding required to further develop the work in progress on social issues, which has now been under way for two years, and on funding required for the post-earthquake reconstruction: “We will not increase petrol prices nor we will make gambling easier to finance the post-earthquake reconstruction.”

However, the Prime Minister promised that “we are finalising a measure to take slot machines out of commercial businesses”. In order to further develop the social measures under the next stability law, “we will provide new equality measures on minimum retirement pensions and will invest new resources to tackle poverty.”