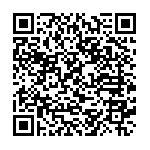 The President of the United States expanded an existing ocean reserve off Hawaii, creating the largest protected marine area in the world, covering an area of 1.5 million square kilometers. President Obama is going to Hawaii this week "to mark the significance of this monument designation".

Barack Obama has created the largest protected marine area in the world, in the Hawaii islands, quadrupling the size of an existing national marine monument, the Papahanaumokuakea Marine National Monument.

The reserve, created by George W. Bush in 2006, already covered 360 thousand square kilometres of Pacific Ocean around the Northwest Hawaiian Islands, where Obama was born. The monument now expands in an area of 1,5 square kilometres, an area that is larger than the extension of all the United States National Parks put together.

Being a federal marine reserve, commercial fishing is prohibited, as well as mining.

President Obama, who made environment one of his priorities, is going to Hawaii this week, “to mark the significance of this monument designation and highlight first-hand how the threat of climate change makes protecting public lands and waters more important than ever”, explains the White House. An important need that is also set up by the UN Sustainable Development Goals. As a matter of fact the 14th goal out of 17 established by the United Nations is: “Life below water”.

The expansion of the park will help protect more than 7,000 marine species that live in the reserve, including the world’s longest-living marine species, the black coral, that can live for more than 4,500 years.

The natural reserve is a sanctuary for protected species, such as whales and sea turtles, and is considered a sacred place for the native Hawaiian community.