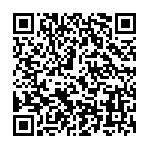 Bicycles, electric cars and public transports will be available for free, in order to experience a “soft mobility” and “alternative transports that meet air quality standards”.

Seven days without cars, from the 19th to the 25th of September. It is the challenge that the city of Paris launches to all residents of Île-de-France- the region where the French capital lies. People who live or work in Paris will be able to use for free other means of transport, such as bicycles, public transports and Autolib electric cars, in order to experience a “soft mobility” and “alternative transports that meet air quality standards”.

This challenge is launched by the City of Paris together with Ademe (Agency for the environment and for energy management) and the Wimoov association, that deals with autonomous mobility for fragile subjects (people with disabilities, seniors, people in vocational integration…).

The objectives of the initiative are, as explained by the City of Paris in a press release, “to raise awareness of the fact the cars and motorcycles can be replaced by alternative mobility means of transport or services in most of the routes that are made on a daily base”, and also “to promote a progressive behavioural change regarding mobility, in order to reduce the use of individual means of transport”.

Twenty volunteers (car or motorbike drivers living or working in Paris), who use polluting vehicles, will be picked by lot and rewarded “during a ceremony organised by the municipality of Paris”.

This one-week "eco-friendly sacrifice" will precede "The day withouth cars” ("La journée sans voiture"). This year in its second edition, the day will be held in Paris on the 25th of September, in order to raise awareness on the problem of pollution from traffic.