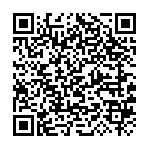 A process has begun which could present a historic chance to shape a new, humane social security system. The Scottish Government has opened up a three month consultation into what shape the country’s benefits regime will take post-devolution.
A patchwork of new social security powers are coming to Holyrood as part of the post-referendum Smith settlement.
While much is still reserved, charities said there is scope for the creation of a new welfare paradigm which can stand in stark contrast to the punitive system imposed by Westminster.

The process of transferring power, for the Scottish Parliament to make legislation on a limited number of benefits, including disability and carers payments, passed an important milestone this month when regulations were laid at the UK parliament to begin the transfer.
Scottish Government ministers will bring forward their own social security legislation, to implement these changes over a number of years.
Once fully devolved, these powers will account for around £2.7 billion, or 15% of the total Scottish benefit bill.

On Friday (29 July) it opened up a consultation when social security secretary Angela Constance visited the Macmillan Hub at the Pearce Institute in Govan, where people living with cancer can access benefits advice and support.

Constance, whose remit includes the third sector, said: “We are already working to use these powers as quickly as possible to improve people’s lives in Scotland, and the launch of this consultation is an important step in this process. We have already committed to a number of measures that will benefit people in Scotland, including increasing Carer’s Allowance to the level of Jobseeker’s Allowance, and replacing the Sure Start Maternity Grant with an expanded Maternity and Early Years Allowance. However, we want to gather views from as many people as possible from across Scotland about their own experience of benefits, and how they think the system could be improved in the future. While the Scotland Act does not go as far as we would wish in devolving powers – leaving 85% of benefit spending in the hands of the UK Government - we will always use all of the powers available to us in the best interests of Scotland.”

Charities welcomed the opening of the consultation and had one overall message for the Scottish Government: seize the day and make a difference.

This consultation is a critical opportunity to help develop a Scottish social security system. Whilst most benefits remain reserved at UK level, devolved benefits must now play a key role in tackling the poverty that blights so many children’s lives. It’s vital that Scotland use these new powers to ensure that social security is adequate to meet the needs of struggling families across Scotland, that the system for accessing benefits is straightforward and treats people with real dignity and respect and that devolved benefits are delivered at a national Scotland level to ensure consistency, accountability and the very best possible quality of service.

As a starting point, Dickie demanded the Scottish Government must seize the opportunity to invest further in Scotland’s children, ensure disabled people and carers are treated with dignity and respect – wherever they live, make UK universal credit work better for Scotland families and keep the new system as simple and straightforward as possible.

Macmillan's senior partnerships manager Trisha Hatt, who attended the launch of the consultation, said: “We look forward to working with the Scottish Government to make sure the new welfare system is as fair and efficient as possible and works very closely with the health service to ensure no patient misses out on vital financial support or faces unnecessary delays.”

This was echoed by Zhan McIntyre, policy lead at the Scottish Federation of Housing Associations, who said: “We are pleased to be taking part in this consultation, and it is vital for people across Scotland that we get this right. If we use these powers effectively and a robust Scottish social security system is set up, it will go a long way helping hard-up families, as well as alleviating the pressures of the UK government’s welfare reform on Scotland’s housing associations.”

You can get involved in the consultation by email or telephone on 0131 244 7763 or in writing at Social Security Consultation, 5th Floor, 5 Atlantic Quay, 150 Broomielaw, Glasgow, G2 8LU.