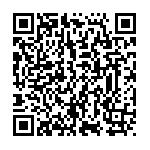 Researchers have recognized that large and international sporting events have the power to promote social inclusion for individuals with disabilities.

A number of efforts have been made to promote social inclusion for individuals living with a disability throughout various institutions of society, particularly in education and the workplace. The Paralympic Games offer an opportunity to develop awareness about disabled people and also their integration in all fields of society. Integrating disabled people into wider community life also means providing the necessary infrastructure in order to ensure their mobility and to protect their rights.

Since the first edition, in Rome, Italy, in 1960, the Paralympic Games have continued to grow in size and scale. Hosting the Paralympic Games can make cities more accessible, given all the sports venues and infrastructure that need to be constructed to meet the requirements of people with an impairment. According to the International Paralympic Committee “In the seven years leading up to the Beijing 2008 Paralympic Games, the Chinese government spent RMB 1 billion – equivalent to EUR 124 million and the sum of the last 20 years’ investment – making 14,000 facilities, including roads, transport hubs and public buildings, accessible throughout China. More than RMB 67 million was spent making 60 of the country’s most popular tourist destinations – including the Great Wall of China and the 600-year-old Forbidden City – accessible.

In 2007, Sochi’s election as a host city for winter games led for the first time to Russian authority and society paying attention to the issue of inclusion, and creating an accessible environment for all. New legislation was passed and the Sochi 2014 Organizing Committee of the Paralympic Games created a barrier-free infrastructure, ensuring that everything built for the Games was accessible for all. Sochi is now a blueprint for the rest of Russia, with approximately 200 Russian cities already adopted what was created for the Games as a guide for furthering their own accessibility.

But the Paralympic Games are also vital for changing the way that people think about persons with disabilities. The London 2012 Paralympic Games attracted a record 2.8 million spectators, whilst a cumulative television audience of 3.8 billion watched in more than 100 countries. Research posts from London 2012 found that despite the apparently positive impact the Paralympic Games has had on public attitudes towards disabled people, more still needs to be done to challenge perceptions. Skepticism remains among disability groups. An opinion poll by the disability charity Scope taken amongst people with an impairment on the anniversary of the Paralympics in 2013, revealed that most disabled people thought that attitudes towards them had failed to improve.

In September 2016, 4,350 Paralympic athletes will arrive in Rio de Janeiro to compete for medals across 23 different sports. Rio 2016 Organizing Committee of the Paralympic Games hopes will raise awareness of the abilities of people with impairments and Para sports in Latin America. With the Rio 2016 disability awareness programme, tens of thousands of volunteers and people involved in the Games are learning how best to respond to the needs of Paralympians and other people with an impairment, and how to treat them with understanding, courtesy and respect. More than 100,000 people have completed a mandatory disability awareness training course, including Rio 2016 employees, volunteers and third-party contractors. The course taught participants about the best ways to meet the requirements of people with cerebral palsy, visual or hearing impairments and other physical or intellectual impairments.

There is no doubt that “We’re the Superhumans"—the new campaign conceived by English television station Channel 4 to promote the broadcaster’s coverage of the Rio Paralympic Games 2016 - will play a key role in helping to propagate this attitude shift. A re-recording of the Sammy Davis Jr. track "Yes I Can" provides an unexpected yet inspired soundtrack for a cast of more than 140 disabled people, not just Paralympians, doing a wider range of sports, playing music and other activities. The video includes inspirational scenes such as a mother with no arms holding her baby with her feet; children with prosthetic limbs running, jumping, and playing football; and a woman flying a plane with her feet. It sends a simple message to everyone who thinks or is told they can’t do something, Yes they can!