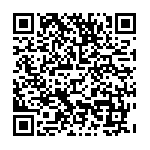 Street art blends with rock. At Milan Summer Arena, where until the 31st of July it is possible to see the installations of some of the most important street artists, and to listen to great rock music. The Sting concert closes Street Music Art, the great Milanese live music summer festival, on the 29th of July.

A unique opportunity to see the works of great street artists, gathered in Milan in one big open space. There is time until the 31st of July to look at them, at the Assago Summer Arena, that turns into an open air urban art gallery. Interacting with rock music.

Chazme (Poland), Etnik (Italy), Sepe (Poland), Nevercrew (Switzerland), Pixel Pancho (Italy), Roa (Belgium), Vhils (Portugal), Zedz (The Netherlands): they are great international street artists who have produced some extraordinary on site installations, during the first edition of Street Art Fest, part of Street Music Art, the huge Milanese live music festival that hosts important names in Italian and international music. The last days at the Assago Summer Arena will be a rock crescendo. Sting will close the festival on the 29th of July, precedeed by Santana on the 21st of July and by Massive Attack on the 23rd of July.

Street art and rock, together
“We wanted to blend art and music, to make people who don’t know urban art approach it, a big crowd of 13-18 thousand people who go to the concerts. And that can get to see and know great street art, explains Davide Loritano of Square23 Gallery of Turin, one of the organisers of the event, together with the Teatro Colosseo (Colosseo Theatre) of Turin and Live Nation. “We chose artists who can surprise the public who enters a summer arena. They are artists with different styles, to give visitors a broad view on street art.

How was the idea of combining street art and music born?
“Together with theTeatro Colosseo of Turin we organised an open air art gallery, thanks to great international artists and to the cooperation of Live Nation: Antonio Murciano came to the Colosseo theatre of Turin, saw the huge mural that Zedz had produced on the facade and decided to transform what had been until then a car park into an art space”, says Davide Loritano.

“The Colosseo theatre of Turin is the first theatre on whose facade street art has appeared. Now there is also a Nevercrew work on another facade: Black Machine, which also works on augmented reality”, explains Loritano.

A monumental Zedz work marks the entrance to the Summer Arena. Zedz is a multidisciplinary artist who started from graffiti in the mid- eighties to then diversify his artistic expression. His work mainly consists of abstract typography and a dimensional approach and lettering style.

After the entrance there is the installation of Etnik, Italian street artist born in Stockholm in 1972, one of the most active writers in Italy in the nineties. He has recently developed the concept of “urban cage”: the city becomes a cage, where man is trapped.

Next to Etnik the artwork of Roa, from Ghent, Belgium, whose representations of animals and rodents of very big dimensions in black and white have made him famous all over the world. He also paints animal skeletons, as in this installation, making the image even stronger and more realistic.

On the other side of the Summer Arena there are the works of Vhils, Nevercrew and the Polish duo Chazme and Sepe.
Vhils work was carved on a wall, at night, using a jack hammer. Vhils uses a very contemporary carving which differentiates him from all the other artists. He portrays common people who he meets on the streets of the world.

Chazme and Sepe, the Polish duo, who work together and individually, are huge at international level, “both Sepe for his figurative style and Chazme for his quasi post Russian architecture”, says Davide Loritano. At the Summer Arena they have produced a choral work, with big emotional impact.

Nevercrew , a Swiss artistic duo operating as of 1996, produced a three-dimensional work of great symbolic realism, that represents a whale trapped in an enormous block of ice.

Next to the stage the work of Pixel Pancho (Turin,1984) impresses us. He is one of the most well known and appreciated Italian street artists at international level, and portrays a subject which is typical of his art, a humanized and enigmatic robot.

Cover picture: Zedz's work at the entrance of the Assago Summer Arena, 2016. ©Zedz.
The other pictures are by Cristina Barbetta.