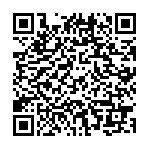 18 July is Nelson Mandela’s birthday, and it is also the first ‘Mandela Day’ to be marked since we lost him after a long illness. Mandela Day is an opportunity for each of us to bring the best out of ourselves by taking some form of action in solidarity with others, to be of service, and to inspire change in our world.

For Nelson Mandela, justice and equality were core values to be applied universally. By designating Mandela Day, the UN makes a significant statement: that regardless of our own circumstances or identity, we all have a responsibility to support human rights, the world over.

We have a responsibility to promote a humane society, or Ubuntu: I am what I am because of who we all are. As Madiba wrote to the people of South Africa when refusing to accept conditional release from prison in 1985, “Your freedom and mine cannot be separated.”

This universal vision included gender equality and the empowerment of women: “freedom cannot be achieved unless the women have been emancipated from all forms of oppression. Nelson Mandela said that in his 1994 State of the Nation address, soon after becoming South Africa’s first democratically elected President.

Twenty years later, organizations like UN Women continue to make the case that progress for women and girls has massive economic and social benefits for humanity – that gender equality isn’t just a women’s issue. Nelson Mandela always understood this: I am what I am because of who we all are.

In 1992, he stood up for women's participation at a crucial ANC conference in Durban. In discussing a 30 per cent quota for women MPs, he held firm throughout a five-hour debate, despite sustained opposition from many men. Under his Presidency, women’s representation in parliament increased from 2.7 per cent to 27 per cent, and when it came time to choose his cabinet, he made sure that one-third were women.

The call to action on Mandela Day is for each of us to go out and do something. For men and boys to support gender equality, for those with wealth to support those of lesser means, for collective action on climate justice. For those of us who have had an opportunity to learn, it is a call to teach and share our knowledge. Mandela Day is a call to put Ubuntu into action!