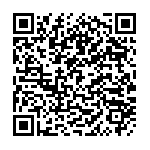 1 in 3 women cite domestic violence as the main cause of their homelessness, and 60% cite it as a cause of their homelessness. Women engage in coping strategies to avoid becoming visibly homeless, rather than presenting to shelters or sleep rough on the street they will generally sleep in parks, train stations, sofa-surf or end up in prostitution as a means of avoiding sleeping rough.

There is a significant overlap between women’s homelessness and violence against women. Domestic violence is a common cause of women becoming homeless, and 1 in 3 homeless women cite it as the main cause of their living on the street.

According to the EWL, "To date women’s homelessness has not been given enough attention by policy makers. By signing this declaration today, the Members of the European Parliament will be playing their part in protecting and vindicating the rights of vulnerable women, experiencing or at risk of homelessness across the EU."

"No woman in 21st Century Europe should be forced into a situation of homelessness and be exposed to gender based violence. Ending homelessness is a realistic and achievable policy goal but will require action and a commitment from EU policy makers."

For more information, click here for the factsheet by European Federation of National Organisations working with the Homeless, (FEANTSA), and the European Women’s Lobby, EWL,

To learn more about women and homelessness, watch the video below: