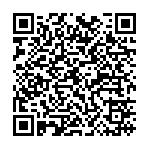 The European Union agreed on a framework last month to stop the trade in conflict minerals which finance armed groups.

It has been recognized that most purchase decisions are made with incomplete information. Most consumers still know very little about the products they buy, including where the materials come from and how they are sourced. Products such as mobile phones, laptops and light bulbs contain minerals extracted, to a large extent, in conflict-affected areas where armed groups use the illicit trade of minerals to finance continued conflict.

According to a US-based organization, Enough Project for nearly two decades, illicit mining and minerals trafficking – Gold, which smartphones need for connectors, tantalum, tin and tungsten, otherwise known as the 3TG minerals, have provided significant financing to a range of armed groups as well as corrupt and abusive elements of the Congolese army. Over 30 militias have fought over control of Congo’s minerals using murder, rape, and other atrocities as a strategy to intimidate and control communities.

In 2011, the OECD published guidance on due diligence for responsible supply chains of minerals conflict zones, with a supplement on the 3TG minerals. This guidance has been recognised as an international framework for due diligence and has been referred to in the subsequent US conflict minerals law. The Dodd Frank Wall Street Reform and Consumer Protection Act, passed by the US Congress in July 2010, forced listed tech companies to report on the use of minerals sourced from the Democratic Republic of the Congo, and surrounding countries and to show they do not finance conflict.

In its supplier responsibility report published last February, Apple said it is committed to responsible sourcing, and is working to ensure that minerals used to make components in its devices in our products — like tin, tantalum, tungsten, and gold — do not finance armed conflict. two years after Intel eliminated conflict minerals from all its microprocessors, the tech company recently announced that it will achieve its goal of conflict-free products in 2016.

A two years’ n investigation conducted by the NGO Global Witness has revealed that armed groups in Shabunda territory, eastern Democratic Republic of Congo (DRC), received gifts of arms and cash from a Chinese mining company and made up to $25 000 per month - extorted from local miners during a recent two-year gold period.

In the past month, the issue rose to the top of the agenda when the EU has agreed on a framework to stop the financing of armed groups through trade in conflict minerals, after negotiations between the Commission, Council and Parliament. The deal will press big EU firms importing tin, tungsten, tantalum, gold and their ores to disclose details of products that might contain conflict minerals in line with the leading international standard for responsible business in the mineral sector, namely the Due Diligence Guidance, that has been developed from OECD.

However Civil society groups claimed the new rules fall short of what is required to tackle the problem of conflict minerals. The agreed new EU conflict minerals framework carries clear obligations for importers, smelters and refiners, but unlike companies listed on the U.S. stock exchange, that are obliged to provide detailed certifications for their materials, the European the Commission decided to make the regulation completely voluntary for bigger EU manufacturers and sellers.

To avoid being associated with the harmful mining practices in the DRC and African Great Lakes region, most electronics manufacturers stopped sourcing from the region entirely, delivering another economic blow to local residents. This is why a small Dutch enterprise called Fairphone, launched in in 2013, the world's first ‘ethical smartphone. “We want to integrate materials in our supply chain that support local economies, not armed militias. We’re starting with conflict-free minerals from the DRC to stimulate alternative solutions”, says Fairphone. The mission? It is to pave the way for the rest of the electronics industry to show that traceable mineral sourcing is indeed possible.