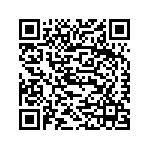 In the aftermath of the terrorist attacks that hit the European capital on Tuesday morning, a surge of solidarity took over the city, with people asking to donate blood and #porteouverte trending on Twitter

Fear and desperation are not the only feelings that took over the capital of the European Union on Tuesday morning, when two explosions took place at Brussels National Airport in Zaventem, just after 8 a.m. and other two explosions hit the metro near Maalbeek Station. While, according to the Belgian Health Ministry, the death toll has risen to 26 and the number of wounded to 135, the city is also experiencing a surge of solidarity.

According to several Twitter feeds reported by Politico.eu, many people answered to the appeals for blood donations and this morning St. Pieters hospital is now turning people who want to give blood away, saying that they have enough and the France 24 correspondent from Brussels reported that hospitals in Brussels are “overwhelmed with response”.

Blood donations are not the only example of solidarity offered by Brussels citizens. On Twitter the hashtag #porteouverte, (in English #openhouse) which was launched last November in the aftermath of the Paris attacks is now trending. The hashtag is used to offer food, rides and a place to stay to people who are stranded in Brussels and do not have a place to go. All public transport in Brussels shut down and Belgium has issued a Level 4 alert, denoting "serious and imminent attack."