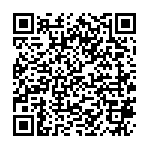 With demonstrations occurring all week across France against the government's new labour market proposals, SOLIDAR Secretary General Conny Reuter argues that job creation is hampered by blind austerity and the lack of social investment in education.

"This week has seen huge demonstrations by both trade unions and student unions in France protesting against the government’s proposals to create a more flexible and more inclusive labour market. Leaving aside the question as to whether the intentions of the reform are good or whether the bill could be better drafted, the demonstrations reflect widespread dissatisfaction amongst young people: what about their future? Is everything insecure in these times of crisis, of globalisation and of industry 4.0? The answer does not lie at the national level, there is a need for an ambitious investment programme, giving young people living in Europe real prospects for the future in order to build trust in the institutional side of democracy and in the European project. An essential task for progressives!

The Youth Guarantee was a first step, but as usual it was watered down at the national level and has not shown tangible results. Youth employment programmes launched at national levels over the last 30 years have introduced more flexibility into the labour market at the expense of protection and, in the end, have not really contributed to an increase in quality employment for young people.

Often we hear about the so-called mismatch between labour market needs and the lack of qualifications among young people. This argument is still very popular in particular in European conferences and consultations, but it hides another cruel reality: job creation is hampered by blind austerity and the lack of social investment in education. Highly skilled young people from Portugal, Spain, Italy and Greece just continue to leave their countries as jobs are either non-existent or the only jobs available are precarious unqualified work, internships, zero hour or short term contracts. This week zero-hour contracts were outlawed by a unanimous parliamentary decision in New Zealand. Europe should follow in its footsteps.

The Sustainable Development Goals (SDGs) are another example of agenda setting that still needs to be translated into policy at European level. For SOLIDAR Social Protection is key. It generates benefits which can be shared and redistributed. And if the Pillar of Social Rights presented by Commissioner Thyssen last week goes in the right direction, it can rebuild trust in the capacity of institutions and policy to find solutions and give young generations a future. Losing the trust of the young generation, competition around risky trade-offs between the generations, between workers, unemployed and the migrants arriving, is poison to democracy. The fact that most young people are either abstaining from voting in elections or vote for populist and right extremist parties is a warning and a worrying signal. SOCIAL means investment in the future, in cohesion, it is not a cost factor undermining stability and growth pact!"