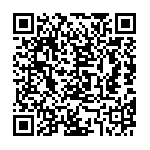 From migration to Syria and Libya: The Italian Minister of Foreign Affairs speaks exclusively to Vita International outlining the Italian development cooperation strategy to address the current international crisis and its root causes. “The challenges associated with the management of refugees and migrants mean that a new, combined approach is urgently needed in order to ensure the conditions for safe, orderly and legal migration that respects human rights”, says the minister.

What role can development cooperation policy play on the current international crisis that Italy and Europe are facing?

The challenges associated with the management of refugees and migrants mean that a new, combined approach is urgently needed in order to ensure the conditions for safe, orderly and legal migration that respects human rights. In recent years, the Italian development cooperation has acted decisively to combat the deep-rooted causes at the source of the migratory flows. For example, initiatives launched in Senegal, Niger and in the Horn of Africa aim to ensure resilience, food and nutritional security, to fight climate change, to provide support for employment and the manufacturing sectors and support for schooling and female entrepreneurship. In 2014, Italy promoted the Khartoum Process and is one of the founders of the EU Emergency Trust Fund for migration in Africa launched in La Valletta last November.

The fund is aimed at 23 African partner countries and the first project, worth €20 million, was entrusted to us. It seeks to create favourable conditions for economic development and employment in Ethiopia. With regard to the Syrian crisis, the Italian cooperation has contributed, from 2011 to the present day, interventions costing €84 million, including aid for over four million Syrian refugees in Libya, Turkey, Jordan, Iraq and Egypt. We will do much more over the coming years. The Libyan crisis has also had major consequences in terms of migratory flows. We also intervened recently, earmarking €1.4 million for emergency interventions implemented by international organisations.

Laura Frigenti was nominated as head of the Italian Development Cooperation Agency launched at the beginning of January. What are her key strengths? What mandate and type of budget has she been given? How do the role and competences of the agency differ from those of the Dgcs (Directorate General for Development Cooperation)?

The new director has a formidable professional profile and enjoys great standing internationally, having worked for the World Bank for almost 20 years before being appointed President of the Global Development Practice. Even during the delicate launch phase, she has already demonstrated her outstanding abilities. Frigenti will be able to manage the approximately €358 million set aside by the Stability Act. With regard to competences, the agency will be the operational entity, with the ministry of Foreign Affairs being responsible for decision-making.

In recent years, the Italian development cooperation has acted decisively to combat the deep-rooted causes at the source of the migratory flows.

In terms of areas of intervention, what are the priorities for the next three-year period?

In recent years, the Italian cooperation has concentrated its resources in three areas: North Africa and the Middle East; the broader Horn of Africa, including Sudan, Uganda and Tanzania, and the Sahel region. The objective is to create the right conditions for economic development and the protection of fundamental rights, which represent the best means of establishing stability and growth against the threats of terrorism, violent radicalism and illegal and uncontrolled migration. Italy will continue its commitment, in addition to that in the field of strengthening the rule of law and respect for human rights, including the promotion of gender equality, in agriculture and food security, building on the legacy of the Expo 2015 and the Milan Charter. We also wish to invest in the future of young people, which means that health, education, training and culture are at the heart of the agenda.

The new Italian development cooperation law adopted in 2014 recognises for-profit entities from the private sector as potential international cooperation partners. In your view, what should their remit be and how will the Italian model of cooperation change over the coming years as a result?

For some time the Italian system of development cooperation has been based on the interaction between various parties, both public and private, and for-profit and non-profit organisations. This situation was also recognised by the legislation preceding the current law. For some time, large Italian companies have been undertaking corporate and social responsibility initiatives in partnership with Italian NGOs. Law 125/2014 sought to establish a more organic and functional framework in which all the actors in cooperation are recognised in their specific roles. The new law has also provided for new and more efficient instruments for implementing cooperation initiatives, both from a technical and operational perspective - I am thinking, for example, of the role of the ‘Cassa Depositi e Prestiti’ as a financial institution - and from a political and representative perspective. An example of the latter would be the ‘Consiglio nazionale per la cooperazione allo sviluppo’ (National Council for Development Cooperation), a body within which all the various cooperation players have a voice.

Our objective is to create the right conditions for economic development and the protection of fundamental rights, which represent the best means of establishing stability and growth against the threats of terrorism, violent radicalism and illegal and uncontrolled migration.

Can you share an initiative that could be used as a best practice to provide inspiration?

The Italian cooperation has already undertaken major initiatives based on public/private partnerships, in particular in the agricultural production sectors, for instance, the “Café y Caffè” programme, which received an award in the “Feeding knowledge” competition at the Universal Exhibition of Milan 2015. This programme was implemented by the ‘Istituto Agronomico per l’Oltremare’ (Overseas Agricultural Institute, ndr), which has now been incorporated into the agency, in Central America. It helped small, family-run enterprises producing high-quality coffee in Central America, to improve their economic position and to reduce the environmental impact of their activities by forming associations and adopting rigorous production and processing standards, based on the traditional farming methods that made their coffee ‘unique’ and by meeting demand from the discerning and growing niche gourmet market, including in Italy. Enhancing the role and skills of women was also encouraged. Similar programmes are underway in Ethiopia, in the durum wheat and coffee sectors.

The last report by the OECD/DAC on the 2014 data confirms the trend reversal of Italian ODA, which has started to rise again. What chances are there of seeing Italy attain the famous fourth place in the G7 ranking, so craved by Renzi, by 2017? Will we see a balancing of aid today, with a flattening of multilateral aid in favour of bilateral aid?

The increase in the resources of the Ministry of Foreign Affairs is part of this government’s strategy to achieve the ultimate objective of reaching 0.7% of gross national income (GNI) used for official development assistance, in line with our international commitments. The 2016 Stability Act has increased the resources available for development cooperation by no less than €120 million for 2016, rising to €240 million in 2017 and €360 million in 2018. This approach will eventually re-establish Italy’s international profile.

There will also be a gradual rebalancing of the ratio between the quota of ODA earmarked for multilateral channels and that deployed via bilateral ones. The efforts of the ‘Agenzia italiana per la Cooperazione allo Sviluppo’ (Italian Development Cooperation Agency), which will start its own activities over the coming months, will of course also contribute towards achieving this goal.