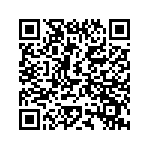 The findings of the report “SKILLS MISMATCH 3 Apprenticeship Supply in the European Union, Youth Engagement and the Labour Market" explained by ThinkYoung’s founder Andrea Gerosa

Apprenticeships are believed to promote a smoother transition from school to work for young people, giving them a good start to their working careers. To test these claims, ThinkYoung and Wilfried Martens Centre for European Studies SKILLS MISMATCH 3 report, investigates young people’s perceptions on the effective provision of VET (Vocational Education and Training) schemes in 6 major European countries (the UK, Spain, Germany, Austria, France and Italy) and their role in addressing youth unemployment.
The report sheds light on young people’s initial perception and attractiveness of VET, the determinants of choosing a VET based educational path, the experience and perceived quality of VET instruction, as well as options for skills transferability and sector mobility. Andrea Gerosa, founder of ThinkYoung, shares his views on the report’s findings.

What prompted Think young to make this report?

Basically we realized two things. The first is that there are many young people in Europe aged 14 to 18 who are not working or studying. And they are not even seeking professional opportunities. They are the so called Neet generation.
Then, there's another portion of young people that is studying, getting informed, and gaining skills, but such efforts are invested in something that might not be beneficial for their future.
It is true that the basic problem young people face is that the European economy is not growing, and that there are few jobs available but is it also true that there are fields with vacancies ready to be filled. The challenge is to understand what these fields are.
The path embarked on by ThinkYoung also played a role in developing this report. It is a think tank that has a lot of contact with young people. And it is also an atypical think tank. Usually, think tanks grow and focus in the policy making cities such as Washington, Brussels, Paris, Beijing. We were born in Brussels, but soon we developed a vocation to act outside of this environment. We carried out projects in Greece, Asia, and in the Balkans. By staying in close touch with many young people, we realized that they lacked the knowledge that would help them to make the best decisions for their future. The questions that everyone is addressing to us are simple: what do you recommend I should do? Should I continue to study ?Should I join the working world straight after graduation? Should I study and work at the same time? What we did was translate into reasonable advice all the data and numbers that we have been collecting and processing.

What are the report’s most surprising findings ?

There are two things that surprised me. The first one is the outstanding education training and preparation of Eastern Europe students in math and information technology subjects. Romania and Poland ranked above all other countries. It is not a surprise though that many tech companies are establishing themselves in Eastern Europe. The second thing that struck my attention is that, in math subjects, girls scored better results then boys. This data proves that math and tech are not subjects that suits boys more then girls. It's a false stereotype.

Is the skills mismatch issue being given the right scope and importance in the educational policies ?

Yes. It was not the case 2 years ago when we launched the skillsmatch website (http://www.skillsmismatch.org/). There were only academic papers on there at the time. Then, when the crisis hit the job markets, some people began to place their thinking efforts onto the skills mismatch issue. In the last 12 months, we have witnessed a growing interest over the vocation training issue. Now many students have finally realized that it is crucial starting working as soon as possible. It does not matter what kind of job they find. The priority is not acquiring the skills for a job, but learning something about yourself in terms of what you like or dislike doing.
Data shows that the European countries with the lowest youth unemployment rate are those that have invested in vocation training end traineeship. These are Holland, Switzerland, and Germany.