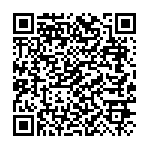 The Employment and Social Developments in Europe 2015 report (ESDE) outlines the challenges that social partners are facing in promoting a sustainable and inclusive recovery in Europe in time of crisis.

Social dialogue is considered a building block of the European social model and a prerequisite for a well-functioning social market economy. In recent years, however, the European social partners have been facing a difficult environment in which to conduct their discussions and achieving their goals. According to the just released ESDE 2015 report ( Employment and Social Development ), the annual review of the latest employment and social trends, even in the countries where social dialogue was functioning comparatively well, the crisis had a negative impact on its effectiveness and ability to deliver, particularly in the later stages of the recession.

While in some member States strong social dialogue structures have helped to resist the crisis, the collective bargaining systems in others have changed and are now more fragmented. In several cases, the crisis accelerated pre-existing trends, such as declining collective bargaining coverage and more decentralized collective bargaining. While in many countries, decentralized bargaining remains embedded in coordinated systems, in others the key enabling conditions such as firm-level worker representation are not in place.The reports reminds that without consensus, governments and public authorities more frequently took unilateral decisions without social partner support.

Challenges
Several broad economic trends are challenging existing labour relations in most industrialized countries, triggering the erosion of union density or collective bargaining coverage.
First, as international trade and competition intensify, negotiating collective agreements that cover all relevant competitors becomes more difficult.
Second, in recent decades, the structure of economic activity in most economically developed nations shifted away from manufacturing towards an expanding service sector.Moreover, the service economy is characterized by more diverse employment relations including new forms of self-employment such as freelance work. This diversification of employment relations affects the ability of trade unions and employers’ organizations to organize and represent workers and management.
Third, the economic crisis accelerated changes in labour relations (in addition to globalization and deindustrialization). The initial shock triggered innovative joint responses by social partners, often supported by public authorities, such as short-time working schemes (European Commission, 2010). By contrast, the subsequent double dip recession and fiscal consolidation created a situation in which employers and workers’ representatives often found it more difficult to find a consensus.

That’s why social dialogue is important
Social dialogue has the potential to identify ‘win-win solutions’ for workers and employers. Social partners can combine their inherent knowledge of the workplace to jointly produce ‘public goods’. They can agree to set minimum standards in terms of working conditions. By jointly investing in training or organizing social protection, they can overcome the collective action problems that are associated with such investments. If negotiations are successful, cooperation tends to generate trust between the parties, and vice versa.Moreover, social dialogue can bring benefits at the macro-level, in terms of competitiveness and fairness, and increased resilience during crises.

Social dialogue refers to interactions (such as negotiation, consultation or simply exchange of information) between or among organizations representing employers and workers (the social partners) and public authorities (at EU, national or other levels). The term ‘social dialogue’ is sometimes used more widely to include also dialogue between management and labour at individual workplaces.

Tripartite social dialogue, sometimes referred to as ‘concentration’ involves social partners as well as public authorities (such as a national government or EU institutions).

Collective bargaining is one specific form of social dialogue which refers to negotiations between social partners at national, sector, company or another level on pay and other employment and working conditions. It leads to collective agreements which may be of general application in the given country, region, sector or company.