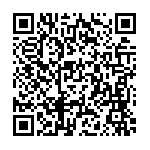 "The new global climate agreement that has been finalized in Paris today sends a strong signal that we need to accelerate phasing out the use of fossil fuels. Lots of work remains to be done to increase climate action in the short term" a statement by Climate Action Network reads.

The Paris climate summit (download agreement) recognized the importance of limiting the planet’s temperature increase to 1.5 degrees Celsius above pre-industrial levels, in order to ensure the very survival of the most vulnerable countries. It also set a long-term to reduce emissions to net zero in the second half of this century. These new benchmarks send a strong signal to the world that the ongoing transition away from all fossil fuels and towards 100% renewables needs to happen much faster and on a far greater scale.

“All countries have agreed upon the pathway to phase out all fossil fuels, but failed to make headway towards this common goal” – Wendel Trio, Director of Climate Action Network Europe said. “This is why the hard work needs to continue after the summit. The EU now needs to live up to the Paris agreement and recalibrate the climate targets for 2030 during the next European Council in March. It also needs to cut emissions much more drastically starting now. In particular, we expect the European Council to raise the 2030 emission reduction target well beyond 40%, to improve the renewables and energy efficiency targets and to phase out fossil fuel subsidies”.

Moreover, the rich countries have to provide more financial support for the poor, to empower them to pursue development pathways that leapfrog the use of dirty and polluting energy and thus make the limit of 1.5 degrees Celsius a realistic one.

“The EU has a vital role to play in the global transition towards 100% renewables. It needs to learn from what happened in Paris. Only when the EU works in an alliance with others, it can have an impact. Therefore, it struggled to build bridges over key sticking points in the agreement, such as climate finance and differentiation. In the coming months the EU will need to validate its high ambition alliance with concrete support to the poorest and most vulnerable countries.”

Climate Action Network (CAN) Europe is Europe's largest coalition working on climate and energy issues. With over 120 member organisations in more than 30 European countries - representing over 44 million citizens - CAN Europe works to prevent dangerous climate change and promote sustainable climate and energy policy in Europe.