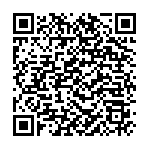 "In the wake of the #ParisAttacks, two competing narratives emerged: one emphasizes how the French way of life with its universal republican values was attacked, another – less publicized – explanation focuses on the tormented legacy of French colonialism in Algeria", writes Frank Gerits on Africa is a country, suggesting "to understand the position of the Paris attacks within the international history of the 20th and 21th century".

In the wake of the #ParisAttacks earlier this month, lots of think pieces emerged that tried to make sense of the vile acts that took the lives of 130 people on terraces and in the Bataclan concert hall. Two competing narratives emerged: one emphasizes how the French way of life with its universal republican values was attacked, another – less publicized – explanation focuses on the tormented legacy of Frenchcolonialism in Algeria. However, it is only by unpacking the complexities that tie both narratives together that we can begin to understand the position of the Paris attacks within the international history of the 20th and 21th century.

First of all, on the day of the attacks, French President François Hollande declared a state of emergency. While touted as an ‘exceptional’ measure, Hollande’s decision should be more accurately viewed as an historical reflex. After all, the French state of emergency is intimately connected with colonialism and its effects: it was declared during the Algerian War of independence in 1955, 1958 and 1961, in the course of a secession movement in New Caledonia in 1984 and during the riots of young Parisians of North African and African decent in 2005. The state of emergency was instated once again because a vicious civil war in a former semi-French territory –Syria became a mandate territory after World War I – has provided a fertile ground for terrorist attacks.

We should not dismiss the feelings of Frenchmen and Europeans who see the values of democracy and the open society violently attacked by men who feel excluded from those societies.

Similarity, the French anger about the Belgian inability to control the movement of terrorists on its soil is also not new. As documents from the French foreign archives in La Courneuve show, Belgium was already the place where Algerians had a hide-out in the 1960s and a country where members of the Mouvement national Algérien (M.N.A.) shot F.L.N. supporters in Mons.

At the same time, however, we should not dismiss the feelings of Frenchmen and Europeans who see the values of democracy and the open society violently attacked by men who feel excluded from those societies. Most observer points out with great subtlety that Daesh perverts the values of Islam as it is being practiced today. At the same time there is little attention for the recent history of French Republicanism and the values that have sustained the European integration process.

Instead, Belgian Prime Minister Charles Michel and President Hollande have announced tighter security measures, but they fail to spur a debate about what the values are Europeans are supposed to fight for. This is problematic since a key justification for tighter security and more surveillance rests on a major contradiction: the democratic project should be defended, particularly because “we,” Europeans consider the values that came out of the French Revolution to be universal, beneficial for people no matter where they live. At the same time it is also believed that “others” commit terrorist acts because they disapprove of “Western” values despite of their universality.

The key to understanding this paradox lies in the complicated legacy of colonialism, which – particularly in the French context – tainted the democratic values that are so fervently embraced today. As historians, such as Todd Shepard and Frederick Cooper, have painstakingly documented, Algerians and – to an extend – Africans in French West Africa were legally viewed as French citizens, within the longstanding tradition of France’s universal Republicanism. After the Second World War the colonial project was transformed into the modernization project. Colonialism was no longer an economic enterprise, but a technocratic one aimed at increasing the standards of living while strengthening societies through Western expertise. However, once Algeria successfully claimed its independence in March 1962, the colour-blindness of French Republicanism was written out of French history. The so-called “failure” of French modernization in Algeria was blamed on the racial “otherness” of Muslims.

European unification was not only a way to keep German ambitions in check, but it also offered a tool to manage the fledgling French empire in Africa.

Moreover, the European integration process had imperial overtones as well. Particularly for Charles de Gaulle, European unification was not only a way to keep German ambitions in check, but it also offered a tool to manage the fledgling French empire in Africa. Eurafrica, the supposed “natural” union between both continents remained a powerful idea up until the end of the 1950s when different forms of independence and self-rule seemingly became inevitable. At that point colonialism was written out of European Union history.

As European amnesia about colonialism began to set in, black intellectuals such as Martiniquan writer Aimé Césaire stressed the hypocrisy of the imperial enterprise. French imperialism had carried the promise of economic development and Republican citizenship but instead brought destruction and oppression. In 1955, Césaire attacked the European claims of moral superiority. Europe bragged about its so-called achievements, the diseases it had cured, and the improved standards of living it had delivered, while in fact the Europeans had only taught men to have an “inferiority complex, to tremble, to kneel, despair and behave like flunkeys.”

Finding an appropriate response to the threat of terrorism therefore does not only require a forceful response, exemplified by Manuel Valls’ call to “annihilate” the enemies of the French Republic. It also requires European leaders to acknowledge how millions were excluded from access to what were supposedly universal values. As the decolonization process dragged on and Europe’s paternalist ambitions lessened, Europeans became more explicit about the fact that non-whites were not entitled to the same rights they themselves enjoyed on the old continent.

A good way to come to terms with the fact that both the European project and the political ideologies of Islam have perverse outgrowths might be the universalization of empathy. Devastating terrorist attacks like the one in Paris happen at regular intervals in Nigeria and Kenya, and should therefore – in equal measure – be presented as an attack on “all of humanity.”

This article was previously published by Africa is a country (blog).