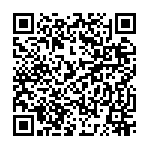 Recent reforms have made pension systems more financially sustainable and pensioners have higher living standards than ever before. But future generations are likely to find their pension entitlements much less generous than today’s and many may face a serious risk of pensioner poverty, according to a new OECD report.

Pensions at a Glance 2015 says that about half of OECD countries have taken measures in the past two years to make their systems more affordable in the long term. A third have made efforts to strengthen safety nets and help some vulnerable groups of pensioners. Retirement ages have risen substantially, with retirement at 67 becoming the new 65 in many countries. Several countries are planning to move towards 70, including the Czech Republic, Denmark, Ireland, Italy and the United Kingdom.

Most governments have made efforts to bring public pension systems on a sustainable path; while these are steps in the right direction, there is now a growing risk in some countries that future pensionwill not be sufficient. The long-term challenge is to design policies today that are flexible enough to adapt to the uncertainties of tomorrow’s world of work, while ensuring adequate living standards for retirees

Since the early 2000s, effective retirement ages have continued to increase steadily, especially for women. Employment rates of people aged 55 to 64 years have increased sharply in many countries: from 45 to 66% in Germany, for example, from 31 to 46% in Italy and from 52 to 57% on average across the OECD.
However, significant challenges remain, with population ageing accelerating in many countries partly as a result of changing labour market trends. Many of today’s retirees, at least men, worked for most of their lives often in rather stable jobs. But a job for life or even an intermittant career might not be the norm for people starting out today.
Unemployment rates, especially among younger people, remain very high in many countries, as do long-term unemployment rates among older workers. A decline in jobs with open-ended contracts and the parallel rise in temporary and often precarious jobs are also reducing the continuity of contributions to pensions that workers can claim in retirement.
Time out of work means time out of the pension system in some countries. As a result, many more people will receive lower pensions when they retire, says the OECD.

In light of this likely scenario, some countries need to re‑assess their safety nets for pensioners who have not contributed enough for a minimum pension. Across the OECD, these provide 22% of average earnings on average, ranging from 6% in Korea to 40% in New Zealand. Some OECD countries, such as Chile, Korea, Mexico, Turkey and the United States, combine relatively high risk of pensioner poverty and low benefits, and should consider increasing the value of safety-net payments.
Most countries also index their first-tier pensions to prices, so their value compared to earnings declines over time, as prices tend to increase less than wages. Price indexation is attractive to governments facing budgetary constraints but also runs the risk of fuelling pensioner poverty as safety nets will lose value over time, according to the report.

Pensions at a Glance 2015 also highlights the challenge of the current low-growth, low-interest rate environment for savers and financial service providers offering life insurance and annuities. In addition, the mortality tables used by insurers in many countries do not take fully into account projected improvements in life expectancy. This could lead to pension funds and life insurers seeking higher yields and pursuing riskier investment strategies that could ultimately undermine their solvency. This would in turn jeopardise both current and future retirement income security for many people.

Country-specific highlights on OECD countries and other highlights of the report are available at: http://oe.cd/pag